BANGALORE, Oct. 24, 2019 /PRNewswire/ — On contrary to popular belief, Yoga is not just physical exercise, breathing technique or meditation as understood by the world. People think of Yoga to be a fitness regimen but this is not True Yoga. Read on to unravel the Divine truth about Yoga. 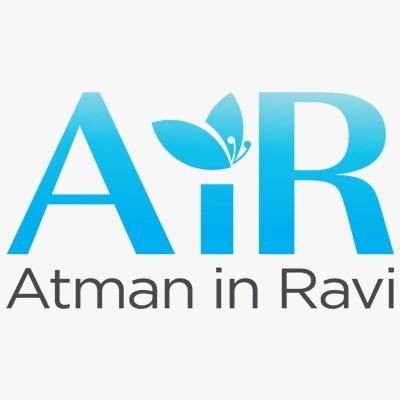 The True Meaning of Yoga

AiR’s new book talks about Yoga and its connection to life as most know it. While it is considered to be some mystical, Divine Indian concept that gives instant peace, it is far beyond that. People say it is the Union of body, mind, and Soul. But is this what Yoga truly is? General understanding of Yoga is restricted to be a magical exercise that promises good health and well-being through proper exercise of the body and modulation of breath control. Whereas in reality, Yoga has very little to do with physical and breathing exercises. In fact, Yoga is all about transcending the body and mind. Unfortunately, many think of Yoga as a physical activity that helps in the betterment of the body and have become prisoners to the thought, although in reality, Yoga is a Union with the Divine. There is no doubt that as part of the entire Yogic experience, some proclaimed gurus advocate certain body postures and breathing exercises to be a part of the overall Yoga practice, but most definitely, these by themselves are not Yoga.

To end this mythical story of Yoga and to realize the true meaning of this Divine activity, the usage of the Divine term Yoga in vain should be stopped. The workings of the yogic lifestyle must be brought to light so everyone can understand its deep spiritual significance. There is no doubt that Yoga is one of the most profound activities in the world today. Not just 2 billion people as it is reported, but rather all 8 billion people in the world should learn the art of Yoga, not Yoga as it is understood today, but the true form of Yoga. Yoga is the ultimate goal of humanity. It is the way, not just to momentary peace but everlasting bliss and tranquility. Yoga is the key to unlock the ultimate goal of life – ‘Liberation’, but to do so, one must understand the true meaning of Yoga. The myth about Yoga that is circulating all around the world must be busted and one must discover the true meaning of Yoga. This book attempts to explain everything about Yoga, its actual meaning and significance, how it must be practiced and how through Yoga, one can be liberated and experience ultimate Divine peace and bliss. Yoga is the beginning. Liberation is the end. Come let us discover the true meaning of Yoga.

The book is available online at Amazon

AiR – Atman or the Soul in Ravi, is an embodied Soul whose only mission in life is to help people realize the Truth. He was born in Bangalore on October 15, 1966. At a very young age, Ravi V. Melwani mastered the craft of business and became a very successful businessman who revolutionized retailing in India with the stores KidsKemp, Big KidsKemp, and Kemp Fort.

After making millions, he realized that life is not just about making money. He shut down his business at the age of 40, transformed his life to RVM, living by the RVM philosophy – Rejoice, Value Life, and Make a Difference. He started doing H.I.S. work – Humanitarian, Inspirational and Spiritual work. His mission was to ‘Make a Difference’ in this world before his journey was over.

As a part of the humanitarian initiative (http://airhumanitarianhomes.org/), a charitable hospital and charitable homes were set up. Today, over 600 homeless and suffering people are served and cared for in our destitute homes and provided with free shelter, food, clothing, and medical care.

A School of Inspiration was set up that inspired the lives of many people through motivating talks, inspirational books and videos, and thought-provoking quotes. A Shiva Temple(http://shivohamshivatemple.org/) was built in the year 1995 in Bangalore which is now known as the Shivoham Shiva Temple. AiR now believes that religion is just a kindergarten to Spirituality, and we all have to go beyond religion to truly realize God.

One day, his Guru provoked him to introspect: What is the purpose of life? Is life just meant to seek pleasures and to live and die without any purpose? What happens after death? Will we be reborn? Where is God? Several questions like these took him on a quest, a search for the Truth. He gave up his life of Achievement and Fulfilment in search of the final peak of life: Enlightenment.

After a few years of intense search in retreat, deep in the mountains, he realized that we are not this body or mind but the Divine Soul, the Atman. He metamorphosed to AiR – Atman in Ravi and gave up his entire life as RVM and started living as an instrument of God doing His Divine Will. AiR has dedicated his life to helping people realize the Truth.

With AiR’s own Realization, he has authored several books, composed bhajans, blogs, quotes, poems and taken up several other initiatives that can direct people towards the Truth and eradicate the ignorance that they live in. His vision, now, is to help people to Ask, Investigate, and Realize the Truth.

Mr. Ban Ki-moon, 8th Secretary-General of the United Nations, Re-elected as President and Chair of GGGI