BEIJING, Oct. 17, 2019 /PRNewswire/ — Chinese carmaker SAIC Motor has been quickening its pace of global expansion, upon the deepening of the Belt & Road Initiative (BRI). 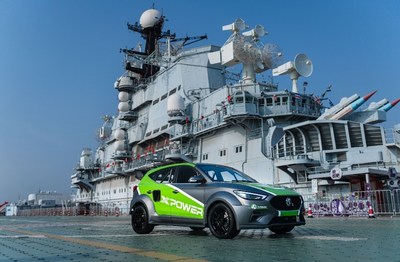 In the first quarter of 2019, SAIC Motor continued to rank first in China by car exports and overseas car sales, showing the important role of the overseas markets for the carmaker.

According to the China Association of Automobile Manufacturers, China exported about 1.041 million vehicles in 2018, up 16.8 percent year on year. During the period, the Shanghai-based carmaker saw the number of its vehicles exported and sold overseas stand at 277,000 units in total, up 62.5 percent year on year, making it rank first among the domestic peers.

The surge in its exports and overseas sales benefited from the company’s focus on the internationalization strategies and technologies of Internet of Vehicle (IOV).

So far, SAIC Motor has established three overseas auto production bases in Thailand, Indonesia and India, and three innovation and R&D centers in the UK, the U.S. and Israel.

It is worth noting that SAIC Motor has seen its sales volume in the six markets including Thailand, the UK, Indonesia, Chile, Australia and New Zealand, and the Middle East each hit more than 10,000 units.

MG ZS, one of its Internet-based car brands boasting the intelligent interconnection system “i-smart”, has become the best seller in Thailand.

In February 2019, a local company under SAIC Motor rolled out the Almaz car model in Indonesia which supports the intelligent interconnection and has the advanced intelligent multimedia functions.

SAIC Motor meanwhile achieved a success in the Indian market by its Internet-based car model, MG Hector. By September 29, three months after the product launch, its Indian base had received 31,000 orders with 7,000 new cars already delivered.

The carmaker also focuses on the global new energy vehicle (NEV) market. It has already started the campaign for customers to book its NEV model, SUV MG EZS, in the UK, which will be rolled out in many regions of the world such as the UK, Germany and Australia.