NINGBO, China, Nov. 25, 2019 /PRNewswire/ — Ningbo, a coastal city in eastern China, has impressed some Southeast Asian reporters with its rapid economic development during their recent visit to the city. 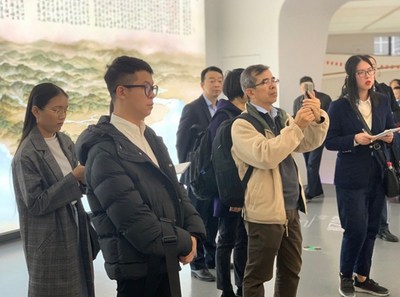 Ningbo Municipal Government has recently hosted an event of showing the Southeast Asian reporters around the city, from November 19 to 23.

“Ningbo has done a very good job in intelligent manufacturing,” said Lim Siok Yean, a senior reporter with Oriental Daily News from Malaysia, “What impressed me most is that all enterprises are dedicated to cultivating their own corporate culture.”

When visiting Youngor Group, a leading textile and clothing enterprise in China, Hestianingsih, an editor with Indonesian Detik.com, said that she was impressed by the enterprise’s intelligent manufacturing, especially its laser cutting technology.

“The port is Ningbo’s largest resource and opening is the biggest advantage of Ningbo,” says a slogan posted in the Ningbo City Exhibition Hall.

“Now I really understand the development characteristics of Ningbo,” said Lee Huat Lian, a senior reporter with Sin Chew Daily from Malaysia, noting that in Malaysia, due to geographical restrictions, there is no international port like Ningbo Zhoushan Port.

Qianyang Economic Development Zone is an e-commerce zone consisting of a central business district, an industry zone, an e-commerce logistics center and the residential area. It covers a total area of 16.5 square kilometers. It has been built since Ningbo kicked off a move to vigorously develop the cross-border e-commerce years ago.

The e-commerce zone enjoys geographical advantages and it is close to the world’s largest port, with its influence covering the Yangtze River Delta region in eastern China. “I believe that the zone will have a bright future,” said Li Li, a reporter with Singapore’s Chinese Headline New Media.

During the event, the reporters also visited cultural sites and museums, such as Tianyige Museum, Ningbo Museum and Ningbo City Exhibition Hall.