BEIJING, Dec. 3, 2020 /PRNewswire/ — A fleet of nine E-HS9, the latest electric SUV model by Hongqi, hit the road on November 15 in northeastern China Changchun city and headed for southern China Haikou where it would be officially launched for the market at the upcoming 2020 Boao Forum for Entrepreneurs on December 4. 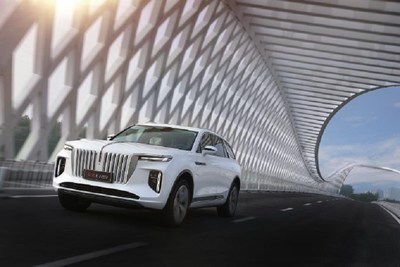 The road trip, called the “Hongqi Journey” that runs 6,170km across cities such as Beijing, Nanjing and Shanghai, put the new e-vehicle to real-road tests through varied road conditions and distinct weather conditions, aiming to boost customer confidence as well as brand awareness along the way.

But the new model is itself eye-catching enough. As a new family member and the very first luxury e-SUV model of Hongqi, the iconic brand of China’s leading automaker FAW Group, the E-HS9 is 5,210mm in length with a wheelbase of 3,110mm, providing full-size luxury and spatial comfort. 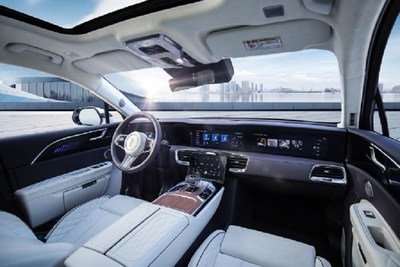 One step closer offers further touches of Chinese aesthetic elements, which combined with modern technology, flow naturally over the body from front grille, headlamps, flag-shaped emblem, waistline to tail lights at the rear.

It is noted that FAW Group announced earlier that 21 new models will be launched in the next five years under Hongqi brand with 18 of the 21 new models planned be “electric or fuel-electric hybrids” according to FAW Group Chairman Xu Liuping.

Sales of Hongqi surpassed 153,000 units in the first 10 months of this year, up 103 percent year on year despite epidemic impact.

Hongqi, meaning “red flag” in Chinese, has its vehicles used for parades at national celebrations thus features symbolic importance in China’s auto industry. The first Hongqi car was made in 1958.

Founded in 1953 in the northeastern city of Changchun, capital of Jilin Province, FAW Group is regarded as the cradle of China’s auto industry.