XI’AN, China, May 6, 2019 /PRNewswire/ — The city of Xi’an in China’s Shaanxi province has released a series of new policies aimed at boosting foreign investment in manufacturing, retail, finance and internet technology. Echoing the central government’s reform and opening up policy, the incentives aim to provide easier access and equal treatment to domestic and international companies and are designed to boost investment and modernization of the local economy. 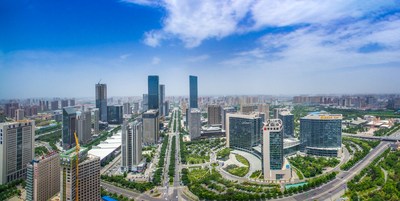 The new policies set in motion a wide-ranging adjustment in foreign investment restrictions:

“Our new incentives are designed to promote Xi’an and the further opening up of our economy, ” said Yuhui Huang, from Xi’an Municipal Bureau of Investment Cooperation. “We are implementing a new policy for foreign investment that combines fair treatment of Chinese and foreign companies, to create a level playing field which can support an advanced free trade and investment environment in Xi’an and China.”

Launched in conjunction with the international policy initiatives was a new 100 billion CNY (14.83 billion USD) industrial development fund for high-tech companies aimed at welcoming investment into previously restricted ‘core industries’ in the region for the first time. The new fund will offer cash support of up to 5 million CNY (740 thousand USD) to entities in operating in the high-tech, advanced manufacturing, creative, tourism, trade and logistics industries.

Funding and incentives will also be made available to foreign companies to deliver critical projects, establish headquarters, research and development centers and partner with regional institutions and universities. In addition, international organizations whose projects have received national and provincial science and technology awards will be granted the same funding and policy support from the government as domestic businesses.

Focused on safeguarding investments, Xi’an also announced new ordinances to protect the intellectual property rights of and to solve operational problems that ensure fair and equal treatment to international companies.

The capital of China’s western Shaanxi province, Xi’an was the starting point of the Silk Road, an ancient network of trade routes established during China’s Han Dynasty that linked the East and the West in commerce.