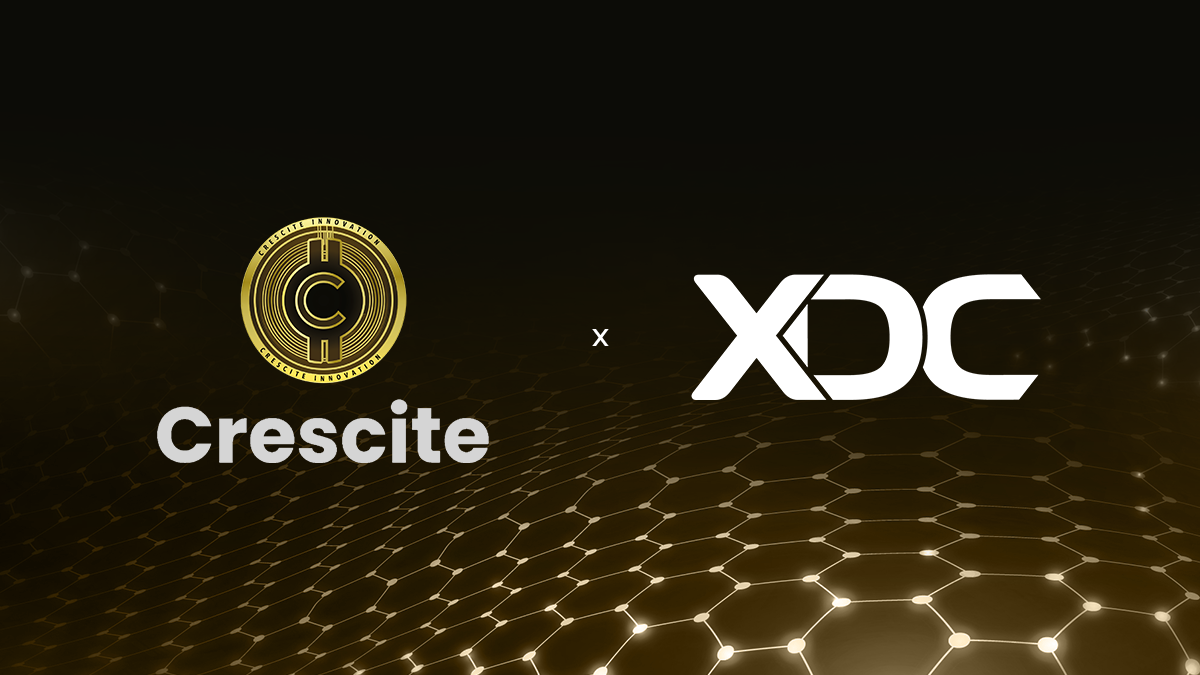 XinFin (XDC) Network, known for secure, scalable and highly efficient blockchain use case recently received an investment worth $50 million from the global alternative investment group, LDA Capital Limited. “The XDC Network is living up to expectations as the layer 1 of choice for builders seeking on-chain solutions to real-world problems. All the best to Crescite as it joins the rapidly growing XDC ecosystem” said Atul Khekade, Co-founder of XDC Network.

“XDC provides a blockchain platform to establish the United States as the leader in international trade technology. The regulatory pathway forward for blockchain in America is through the significant enhancement of trade revenue with efficient technology,” said Eddie Cullen, CEO of Crescite. “We feel Washington DC could work with XDC and organizations, such as Crescite, to provide pathways to economic prosperity for low income-communities and increase economic output nationwide through trade.”

Cresite is focused on using new technologies and methodologies for positive social impact, according to its Whitepaper. “We are concerned about sustainability. XDC’s near-zero ‘gas’ fees, high transaction speeds, and efforts to ensure a carbon neutral environment mean that XDC is among the world’s most competitive and energy efficient blockchain ecosystems” said Karl P. Kilb III, Chairman of Crescite.

Kilb is an entrepreneur with focuses on authentication, cybersecurity, and sustainability. Previously, Kilb was the first General Counsel of Bloomberg LP, assisting the global company in all aspects of its data aggregation, analytics, electronic trading, and multimedia businesses over a 22-year career there.  Kilb is also the Founder and Chairman of the Entrepreneurial Law Advisory Council at the Fordham University School of Law, where he is an adjunct professor of Entrepreneurship.

Kilb is expected to join Cullen as a speaker at the world’s first Catholic Crypto Conference, being held November 17-18, 2022, in Valley Forge, Pa. Crescite is a founding sponsor of the event, designed to raise awareness, provide education, and promote discussions of new technologies.

Major universities, municipalities, and blockchains are already among the entities who are collaborating with Crescite to develop and implement projects. The Crescite Token can be found on https://xdc.sale/crescite

About XDC Network:
The XDC Network is an enterprise-grade, EVM-compatible Layer 1 network equipped with interoperable smart contracts. A highly optimized, bespoke fork of Ethereum, the XDC Network reaches consensus through a delegated proof-of-stake (XDPoS) mechanism, which allows for two-second transaction time, near zero gas fees, and over 2,000 transactions per second (TPS). Secure, scalable, and highly efficient, the XDC Network powers a wide range of novel blockchain use cases. Learn more at https://xdc.org