New York, May 05, 2022 (GLOBE NEWSWIRE) — Innovative DEXs have evolved alongside DeFi and are a gateway into the market. However, numerous DEXs with new technology have launched, putting off more novice investors. And one of these attention-grabbing DEXs is XPhoenixSwap.

XPhoenixSwap and other decentralized exchanges are largely similar in their overall objective and features. However, they differ when it comes to the technicalities, and that is what we will examine here. We’ll cover what XPhoenixSwap is, its history, the Phoenix token, the several features it possesses, and a comparison with competitors. 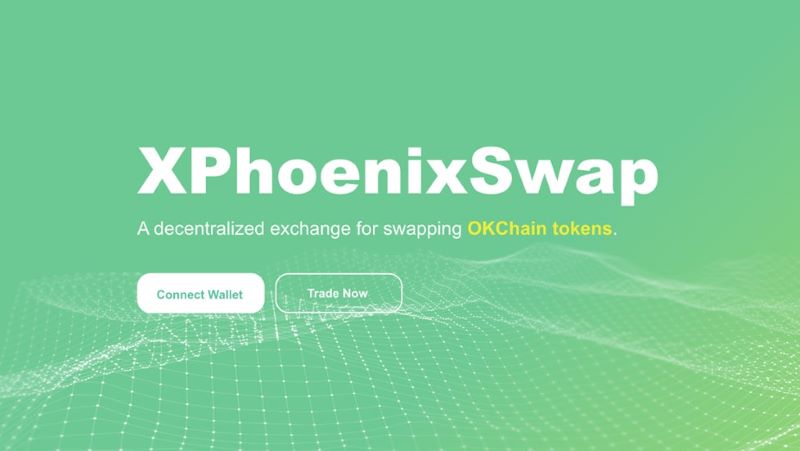 XPhoenixSwap is simply a decentralized exchange or DEX for short. But unlike Uniswap, which runs on the Ethereum network, XPhoenixSwap operates on the OKChain, which offers much better transaction throughput and negligible levels of transaction fees.

The improved speed and lower costs of OKChain have made it a popular choice for many new projects. But what’s important to note here is that XPhoenixSwap has some technical designs that make it a more efficient investing experience for users.

So, the long and short of it is that XPhoenixSwap is a decentralized exchange that offers cheaper and faster trading without the involvement of a centralized authority. It is an automated market maker (AMM), like the other exchanges with whom it partially shares its name. That means it uses liquidity pools while rewarding liquidity providers for contributing these assets.

So, if you’ve worked with Uniswap before, you should have some idea of how to operate XPhoenixSwap. 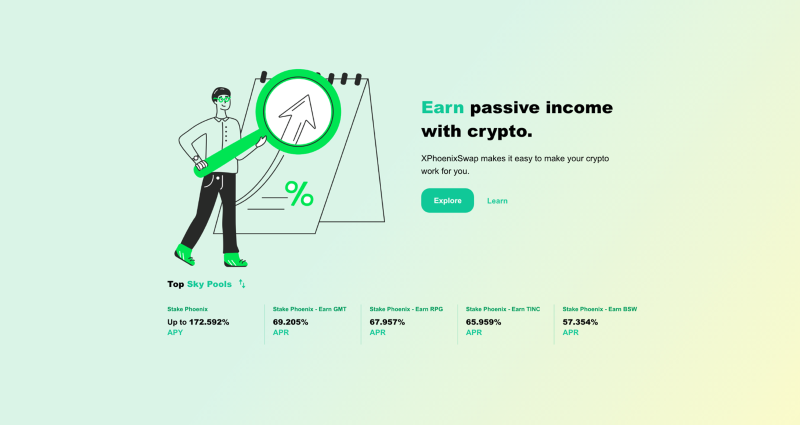 As the OKC ecosystem growing passively, at this chaotic time that XPhoenixSwap entered the market, providing lower Swap fees at 0.2%, as well as bridges to wrap non OKC tokens so that it could work with the OKChain. These features and improvements led to XPhoenixSwap and the Phoenix token quickly becoming the most watchable DEX of the market.

XPhoenixSwap’s growth would not have been possible without a series of appealing and useful features. These features come together to offer what is quite a wide experience for users, who can participate in some of DeFi’s most celebrated services.

One of the most discussed features of XPhoenixSwap is its Initial Farm Offerings or IFOs. This is a decentralized fundraising model but is quite novel in nature, making it appealing to daring investors. Pre-sales of vetted projects and tokens appear on the platform, and users fund these with LP tokens.

Of course, yield farms are also very important to the investor who wants to earn passive income and is a staple of many DEXs. On XPhoenixSwap, you can earn Phoenix tokens by staking your LP tokens. When working with these yield farms, you’ll earn both the Phoenix token and the LP rewards from providing liquidity.

NFTs are also available on XPhoenixSwap

And now, with the advent of NFTs, XPhoenixSwap is also foraying into the space with the XPhoenixSwap NFT Market. Special collections of NFT will be launched on the platform over time.

The XPhoenixSwap DEX runs on OKC, meaning that it works with OKT tokens. But the exchange does feature a bridge that lets you bring in non-native assets.

For the most part, interaction with the XPhoenixSwap DEX is the same, and you’ll be trading a cryptocurrency pair like any other exchange. As an AMM, the liquidity for the token swaps is provided by the users themselves, who are given LP tokens for liquidity provision.

There are also the features of auto-compounding and the much-discussed Sky pools. The latter is what XPhoenixSwap calls the simplest way to earn free tokens on the exchange. All you need to do is stake Phoenix tokens, and you get free tokens in return. There are several cryptocurrencies on these SKY pools, with an automatic investment function to boost.

But just think of it as Uniswap with some additional features, while also running on OKChain. There are no considerable variations from how other AMMs work.

Phoenix token and its tokenomics

The XPhoenix token is central to how the DEX operates, however, as you receive Phoenix for many of the interactions you make on the platform. It is an inflationary token, with newly minted Phoenix being used for various initiatives, including new and existing products and general incentivization.

Phoenix has a circulating supply of just under 30 million tokens, The liquidity mining program amounts to 5000 Phoenix per day. 3 million tokens are allocated for Early Distribution.

The key takeaway from this is that the Phoenix tokens serve a purpose in every product, resulting in increased demand as use increases. Strong incentivization also promotes demand.

Farming and staking on XPhoenixSwap

Farming and staking services on XPhoenixSwap are some of the most used products on the platform, as it’s on a cheap and fast network. To do this, users will need a MetaMask wallet or Bitkeep Wallet that is hooked up to the OKC network. Click on the Network tab on the top (it may say “Ethereum Mainnet”) and switch to the OKC mainnet.

You will also need OKT tokens, which you can get from any exchange. Transfer this to your MetaMask wallet.

Next, head to XPhoenixSwap and choose the “Farms” tab on the panel on the left. You’ll see several pools, so choose the one that you think suits you. We’ll take the Phoenix-OKT pool as for this example. You’ll need both tokens in a 50–50 ratio. So, you’re going to have to exchange some of your assets for Phoenix on XPhoenixSwap.

Now, you will get LP tokens which you can use in farms. Go to the “Farms” tab again and choose a staking pool. Whichever pool that is, you’ll see an option to “Stake LP.” Approve your LP tokens for staking and click stake LP.

And that’s all there is to it! You have now farmed and staked on XPhoenixSwap.

Despite late arrival, XPhoenixSwap looks strong. The Launching of XPhoenixSwap has also filled the gap in Dex for OKC ecosystem in the market.

What is XPhoenixSwap used for?
XPhoenixSwap is a DEX that has several noteworthy features, including farming and staking, an Initial Farm Offering (IFO) platform, and an NFT marketplace, among other things.

What is XPhoenixSwap crypto?
Phoenix is XPhoenixSwap’s DEX asset. It is used in several products within the ecosystem, and users are rewarded in Phoenix for liquidity provision.