Be the [FUTURE] Player! 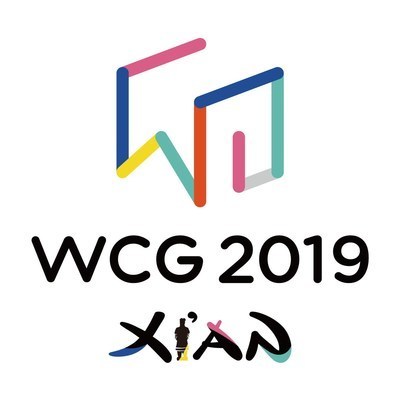 WCG 2019 Xi’an is the return of the WCG, a completely different showcase from past WCG events. The most important differentiating element of the new WCG is the ‘New Horizons’ category.

The ultimate goal of the WCG’s New Horizons category is to build a future sports area, to create a play culture that allows anyone to easily take part and enjoy new technologies. The WCG will be held in Xi’an, China in July and will produce four events including robot, AI, VR, and scratch.

In the field of robotics, WCG will hold the ‘WCG Robot Fighting Championship: GANKER ARENA’ with GJS ROBOT, a global battle robot developer based in Shenzhen, China. This competition is held using a battle robot (robot name: GANKER EX) that recognizes the motion of the body, using advanced motion control technology. In other words, the realistic version of the robot fighting contest that was seen in the movie ‘Real Steel’ can be seen at WCG 2019 Xi’an. This is not only a big leap in bringing mecha fighting from science fiction to reality but will also open up a tremendous ‘new era’ that involves robot combat as future sports.

‘WCG AI Masters’ is a way of organizing an AI soccer team by the players, developed according to the rules of the game Futsal. Players can utilize the well-designed online learning platform built by the WCG to develop algorithms and improve the playing ability of AI. The qualification is for everyone who studies and learns AI, and already over 100 teams from 38 countries applied for the preliminaries.

Lastly, ‘WCG Scratch Creative Challenge’ will host the ‘Block Coding Program Competition’, which will use the coding programs Scratch 3.0 and Lego Education’s new kits to create imaginative works. Professor Mitchel Resnick of the Massachusetts Institute of Technology (MIT) Media Lab, the founder of Scratch, will participate directly with students in the city of Xi’an. It is expected to become a forum for sharing new inspiration.

WCG CEO Lee Jung Jun said, “The new WCG will provide a new play culture that can be enjoyed by people all over the world, presenting more than an esports tournament. Through the colorful contents of New Horizons, I hope you will get inspiration of the future of entertainment.”

The WCG 2019 Xi’an event will be held from Thursday, July 18 to Sunday, July 21 at the Qujiang New District in Xi’an, China. WCG is currently displaying the enthusiastic interest of esports fans around the world by attracting about 40,000 global players from 111 countries in the Game Sports sector.

WCG has finalized 336 Game Sports’ preliminary contestants who will participate in the regional finals. WCG 2019 Xi’an regional finals will be held in 4 regions, Asia, North America, Europe and China, starting from May 27th. The regional finals will decide which players enter the WCG 2019 Xi’an grand finals. In addition to Game Sports and the New Horizon, the WCG will also release details of the ‘Esports Conference’ to share knowledge and the ‘Festival’ which will add variety of events for your pleasure.

More information about WCG 2019 Xi’an can be found at WCG.com.

WCG is a global esports festival aimed at creating a better world by uniting people from around the globe through a shared enjoyment of games and digital culture. By hosting the World Cyber Games as a global event with a wide variety of programs, WCG aims to go beyond being just an esports competition to becoming a festival of global harmony.