MUMBAI, India, Oct. 9, 2020 /PRNewswire/ — For the first time, a diverse coalition of individuals and groups spanning culture, sport, entertainment, business and civil society in India have today announced their participation in Count Us In, an unprecedented global campaign to inspire one billion people to take practical steps to reduce carbon pollution and challenge leaders to act more boldly on climate. Count Us In is being launched at TED Countdown, a global initiative powered by TED and Future Stewards to champion and accelerate solutions to the climate crisis. 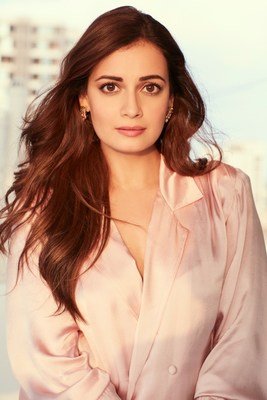 Countdown, the virtual event in which Count Us In is being launched, features an unparalleled array of speakers, including Indian actor, producer and activist, Priyanka Chopra Jonas, Nobel laureate and American politician, Al Gore, Prince William, His Holiness Pope Francis, and Lisa Jackson, environment and social VP at Apple. Count Us In is launched in India with a diverse community of partners and individuals such as Dia Mirza, Accenture, BT Group, Bombay Natural History Society (BNHS), India Climate Collaborative, The Better India, Yuvaa, FC Goa among others.

There is an urgent need to move beyond the activist community and engage citizens with a significant carbon footprint across the world to combat the threat posed by climate change. Pollution, extreme weather and rising sea levels derived from climate change will increasingly threaten communities and economies around the world, including India, unless we drastically reduce emissions and push leaders to take action. Count Us In answers this call by building the most ambitious citizen-led effort to avert the impacts of climate change. The movement focuses on engaging individuals who are not currently active on climate issues.

Count Us In sets out 16 practical and high impact steps individuals can take to protect the planet from carbon pollution before it is too late. These 16 steps, derived from experts and research at the UN Environment Programme and other partners, provide a practical way for us all, to understand how we can play our part in tackling what can otherwise feel like an overwhelming challenge. The steps include reducing plane travel, walking or cycling short distances, using electric modes of transportation whenever possible, and reducing our food and water wastage.

Individual action can make a significant impact: If 1 billion people take practical action in their own lives, they could reduce as much as 20% of the global carbon emissions. According to a report by KPMG, India’s shift to shared, electric and connected mobility could help save nearly 1 gigatonne of carbon dioxide emissions by 2030.

The way individuals can take and log their actions, is through the Count Us In global action platform. The Count Us In aggregator then adds up every step taken and shows the difference we can all make by acting together. It aggregates three data points: 1. The carbon savings of the steps taken; 2. The number of individuals taking steps; and 3. The number of steps taken. It also connects other partner climate action platforms to the aggregator’s common database, importing their data with the aim of adding together, measuring and reporting an even larger scope of impact from collective citizen climate action.

Count Us In aims to inspire a billion people to significantly reduce their carbon pollution and challenge leaders to boldly deliver change. By standing up and taking action, communities have the power to pressure the leaders and companies that are responsible for a majority of the world’s global emissions.

Amidst the COVID-19 pandemic, individuals globally continue to rate climate change as one of their chief concerns. A recent poll surveying 27 countries including the UK, India, and the U.S. found that 90% consider climate change as a ‘very serious’ or ‘somewhat serious’ issue. In several countries, however, less than 45% of respondents agreed strongly with urgent action.

Count Us In engages communities beyond existing activists. The aim of the movement is to reach the non-activist middle – a group that has the largest carbon footprint and significant influence with politicians and businesses. What this audience does, says and buys will not only directly reduce carbon pollution but will also drive wider systems change.

“Climate change is already ravaging our lives, our communities and our livelihoods,” says Dia Mirza who is championing the Count Us In campaign and is a UN Environment’s Goodwill Ambassador for India. “It is up to us to respond to what we see around us. We are not powerless. We can protect what we love from the worst impacts of climate change if we act boldly and urgently. I am committing to wear clothes that last and call on citizens across India to take steps in their own lives too.”

“Imagine what the world would look like if a billion people took action to fight climate change,” said Chris Anderson, Head of TED and founding partner of TED Countdown. “We can all make a difference by taking simple practical steps. Count us in.”

“We have less than a decade to do what science shows is necessary – halving emissions by 2030,” says Christiana Figueres, former UN Climate Chief, who oversaw the delivery of the landmark Paris Agreement on Climate Change. “It is entirely possible to change our economy from burn and destroy to rebuild and regenerate. Climate change affects us all right now, and we all have agency in tackling it before it’s too late.”

Shloka Nath, Executive Director at The India Climate Collaborative, says, “Climate change will impact all of us, and all of us need to come together to institute real solutions. We believe Count Us In will play a pivotal role in guiding world citizens to make a difference in this decisive decade.”

“The BNHS has been at the forefront of protecting India’s biodiversity for over a century. Most world leaders have only recently realized that biodiversity protection is critical for our planet to escape the worst impacts of the climate crisis. Count Us In aims to reach beyond world leaders, to reach one billion people who are directly impacted by our past and present planetary mismanagement. This ties in with the mission and values of the BNHS. We look forward to making an impact together in the years ahead,” says Bittu Sahgal, President at the Bombay Natural History Society.

To date, climate action campaigns have inspired activists, researchers, scientists and more. Count Us In is the first global movement expanding this initiative to include a billion people worldwide. To learn more and commit to taking action, visit count-us-in.org.

About Count Us In

Count Us In is a community of people and organisations taking practical steps to protect what they love from climate change before it is too late. Launched on the heels of Countdown, Count Us In‘s mission over the next decade is to inspire 1 billion people to significantly reduce their carbon pollution and challenge leaders to act boldly to deliver global systems change. It brings together sport, business, faith, youth and civil society to protect what you love, make changes that matter, do good for you too, and add up to something bigger. Learn more at count-us-in.org.

Countdown is a global initiative to champion and accelerate solutions to the climate crisis, turning ideas into action. The goal is to build a better future by cutting greenhouse gas emissions in half by 2030 in the race to a zero-carbon world – a world that is safer, cleaner, and fairer for everyone. Powered by TED and Future Stewards and an exceptional coalition of partners, Countdown brings together scientists, activists, entrepreneurs, urban planners, farmers, CEOs, investors, artists, government officials and others to find and activate the most effective, evidence-based ideas out there. Learn more at countdown.ted.com.

UNIQLO to Launch AIRism Mask in India on October 12