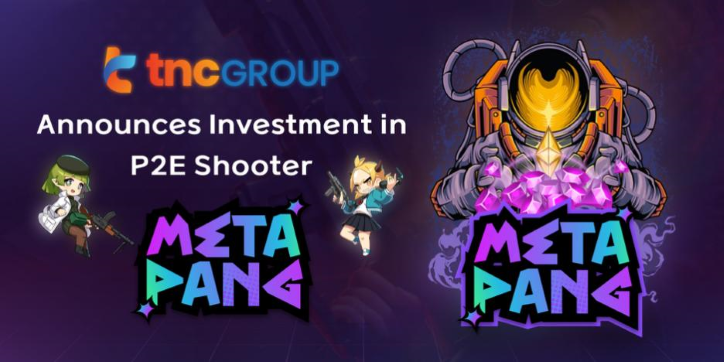 TNC IT Solutions Group, despite being primarily a blockchain development and security services company, has been supporting plenty of blockchain projects. It has always claimed to be on the lookout for projects with potential. As such, the company has been gearing towards more of a Venture Capitalist role for its chosen companies.

This announcement followed MetaPang’s massive airdrop event for its first 10,000 participants. Succeeding this event is the second stage of airdrop called “beta service” which already started on April 25 and will end on May 24. Additionally, rewards will be distributed on June 1.

MetaPang has also announced its prospects for the future — such as its official launch, NFT character sales, event box launch, and marketplace opening.

MetaPang will be released by Coco Games, a blockchain gaming platform that focuses on DeFi-linked tokenomics. The platform aims to cultivate a strong community of gamers and users through the upcoming Play-to-Earn (P2E).

TNC IT Solutions Group provides blockchain development and security services all around the world – catering to 500+ blockchain developers. It has branches in the UAE, USA, UK, Japan, India, Singapore, Hong Kong, Russia, Romania, France, Vietnam, and Canada. The company shares that it’s always on the lookout for promising blockchain companies and startups.

Pump Signal presents the Arbitrage mechanism in the crypto industry