BHUBANESWAR, India, Oct. 13, 2022 /PRNewswire/ — The KIIT Deemed-to-be-University has made a significant jump in the Times Higher Education ‘World University Rankings‘ for 2023, being placed in the cohort of 601-800 as against 801-1000 in the previous year, reflecting its sustained focus on quality teaching, research activities and a steady rise in its global reputation. 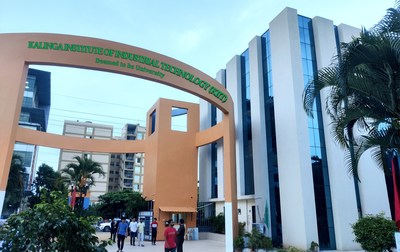 The latest ranking by the London-based group could not have come at a better time for the University which is celebrating its Silver Jubilee Year and has planned a series of initiatives to showcase its academic achievements. The rankings reveal that KIIT has fared much better than other institutes not only in Odisha but also Eastern India. The Times World University Rankings is widely followed by academia including students in deciding their institute of choice for pursuing higher education.

Several academicians have hailed the achievement of KIIT which, despite being a relatively new university in comparison to the respected and legacy institutes, has placed itself in the league of coveted universities. They have lauded the tireless efforts of the Founder of KIIT, Dr Achyuta Samanta and his visionary leadership to transform the University in a short span of time into a globally renowned institute. The methodologies used for ranking the universities by Times Higher Education are teaching environment, research, citations, international outlook and industry income.

This year, a record number of 75 institutes from India found a place in the world rankings compared to 56 in 2020 and just 31 Indian universities in 2017. Dr Samanta said the improved ranking was the result of the collective efforts of the faculties, students and staff, even as the KIIT family credited him for the success. The results of 2023 have generated a palpable sense of euphoria at the campus. KIIT has recently been adjudged the 20th-best university in India by the Education Ministry’s National Institute of Ranking Framework (NIRF).

Kalinga Institute of Industrial Technology (KIIT) Deemed to be University, Bhubaneswar is among India’s most sought-after universities, attracting students from all over India and more than 53 countries to pursue professional and technical education. It has built its reputation as the most student-friendly university, anchored on the principles of Compassion and Humanity. Founded in 1992-93 as a modest vocational training centre by eminent educationist and social activist Prof. Achyuta Samanta, it took shape as a centre of higher learning in 1997, which is considered as the base year. Since then KIIT has grown exponentially, setting a high benchmark in each area of education.