Singapore, Feb. 09, 2022 (GLOBE NEWSWIRE) — This cycle’s crypto bull run has led to the rise of a new and wonderful sector. The play-2-earn world has seen multiple cryptocurrencies exceed $1bn market cap valuations. METAFLOKIRUSH ($METAFLOKIR) is an all-inclusive ecosystem for gamers and traders powered by Defi and NFT. We aim to not only provide a place for fun but at the same time serve as a platform that generates real income for the holders. To achieve this goal, the METAFLOKIRUSH ecosystem combines the elements of gaming and crypto, creating an enjoyable and rewarding experience for our players. 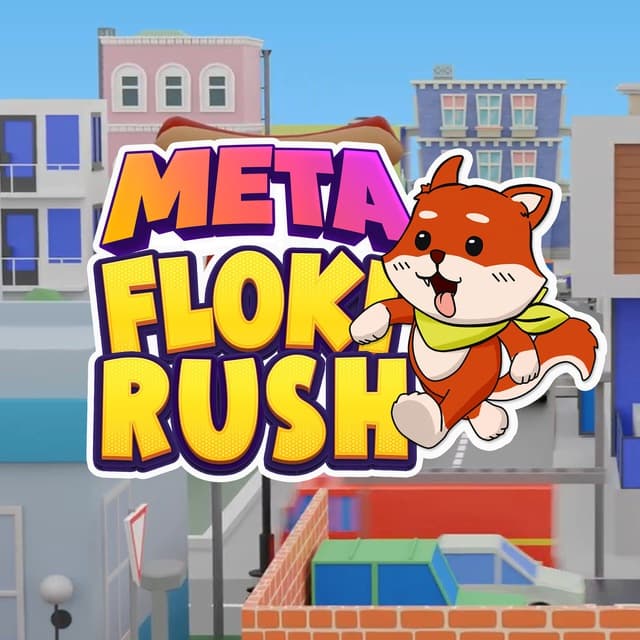 This $DOGE generator token is going to crush 2022, especially once they’ve entered the metaverse. We are convinced that the project is the next big thing in the crypto world.

MetaFlokiRush aims to hit the moon by giving a unique and new experience to the metaverse world for everyone, our main goals are to bring values and extraordinary benefits to all, by giving Doge Rewards from our Doge-Bank and also show appreciation towards the people who made it to the Top 50 Club by giving them rewards from the Doge-Bank.

MetaFlokiRush pre-sale is ON ITS WAY!! Pre-sale is coming at PinkSale and upcoming launch at Pancakeswap after 24 hours, make sure you set your reminder for their schedules. It will be happening on the rising star launchpad, PinkSale on 23 February 2022, at 16:00UTC. With a hard cap of 600BNB, they are getting ready for a great marketing campaign.

The legitimate of this project and its future are no longer doubtful, we seek for future vision and carry massive support from many well-known Gamers. Make sure our stated promises are proven and sink in into those who trusted in MetaFlokiRush.

Several great features that the project is offering are as follows:

Aside from earning active income from the P2E system of the Floki Rush game, the amount of $DOGE as a stable income can be earned at the Doge-Bank, which is filled through each buy and sell transaction on the Doge-Bank allocation, as well as the 10% transfer between wallets.

You get to collect your $DOGE on every 24 hours basis and it’ll be directly corresponding to the amount of $METAFLOKIR that one’s holds from the total supply.

– There is only one Doge-Bank shared among every holder.

– At times of every holder’s collection will cause the Doge-Bank to automatically reduce.

– Every holder’s collection time varies depending on their initial collection. Once the collection cycle arrives, recommended collecting immediately.

TOP 50 Club Rewards is exclusively for the elite 50 holders of $METAFLOKIR, to encourage them to hold more, they will get to collect extra rewards which are also filled from each buy and sell transaction on the TOP 50 Club rewards. The collection will happen uniformly every 17UTC.

MetaFlokiRush is taking a fresh approach to the endless running game. With high-end graphics, astounding visuals, usable characters, upcoming Skins – all mintable as NFTs. The NFT will also give in-game boosts. The game modes available include different kinds of situation the gamer need to overcome. The player will have the ability to earn whilst playing the game.

Another MetaFlokiRush main feature is its native NFT-marketplace, which acts as a hub for trading NFTs (Non-Fungible tokens). Gamers and holders can stake, while in the future artists from all over can use our NFT-marketplace to sell their artwork for $METAFLOKIR, purchase or trade in-game items like skins, boost, and more that can be used while playing the game. And this is just the beginning there will be more features updated according to the situation.

The creation of our NFT collection is already underway and will be released within the first quarter of our project’s roadmap. The NFTs feature a unique utility that allows players to use them in-game to boost game-play and get a competitive edge for enhanced yield opportunities. They can also sell or trade their items in the future.

From passive rewards, active P2E income, and then there is the extraordinary earning potential just by owning MetaFlokiRush’s NFTs. With the unique Cyborg-themed NFT, there is an NFT Staking feature with high APY. The longer you Stake the higher the rewards you’ll receive. Those amazing NFT’s act as an In-Game Boost with different amazing power-ups.

3 main ways of obtaining MetaFlokiRush NFTs: From Buy Directly, Gacha Minting, and Be A Top 100 Contributor.

Metaverse is here and here to stay, and METAFLOKIVERSE is the metaverse of our very own cute floor. Stepping up its game from the endless runner game into the entire meta world, Metafloki is exploring endless scenarios. From buying, renting, and selling lands into building an entire civilization in the metaverse is an exciting vision to look forward to.

The community gets to take on a virtual identity where they’ll be living their lives the FLOKIWAY. METAFLOKIVERSE is bringing gaming to the next level by integrating the AR & VR aspects, the metaverse sensation is going to be epic.

Our Roadmap Plan Ahead:

MetaFlokiRush will allow you to build a world of fun and adventurous game. Now is your chance to be a part of the future of the world. Be ahead of the curve and be the best out there.

Disclaimer: The information provided in this release is not investment advice, financial advice or trading advice. It is recommended that you practice due diligence (including consultation with a Professional financial advisor before investing or trading securities and cryptocurrency.