Play-and-Earn game The Red Village has partnered with one of the top game studios globally, Animoca Brands’ subsidiary Blowfish Studios, to build the first dark-fantasy game on the blockchain. 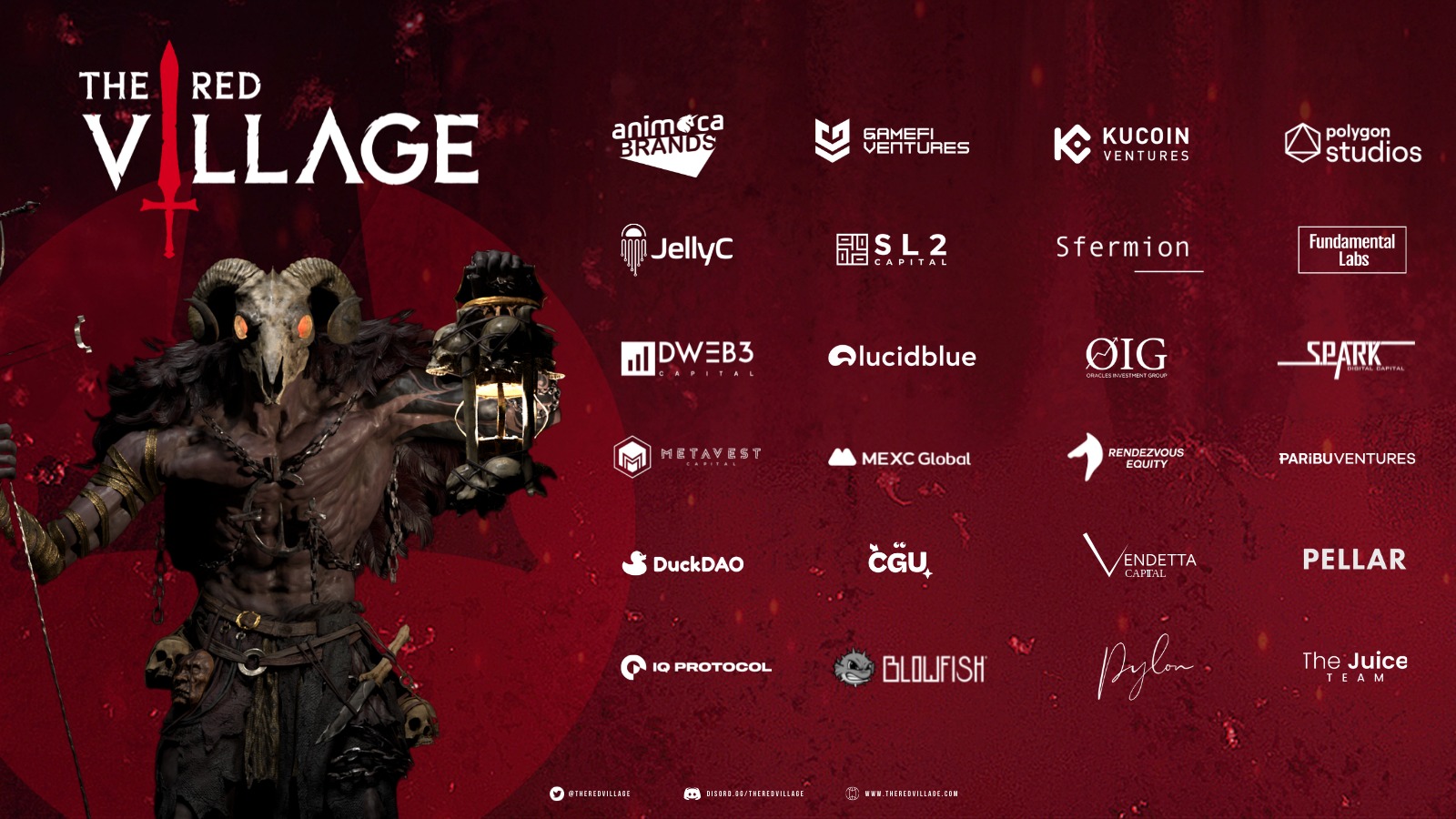 Play-and-Earn game The Red Village has announced $6.5M in seed funding from some of the world’s leading blockchain investors, including Animoca Brands and GameFi Ventures Fund, to create an immersive dark-fantasy ecosystem targeted at traditional gamers.

Animoca Brands is the global leader in gamification, blockchain, and metaverse projects, with a portfolio of more than 170 investments in NFT-related companies and decentralised projects that are contributing to building the open metaverse. These projects include The Sandbox, the world’s premier metaverse and Phantom Galaxies, the AAA-quality open-world science fiction shooter. Animoca Brands’ extensive network and industry expertise will help position The Red Village among the top blockchain projects globally.

The Red Village comprises two game modes; Tournament mode (which is currently live and playable in alpha and supported by a thriving community), and an expansion of the ecosystem known as The Red Village: Darklands, currently under development by Animoca Brands’ subsidiary Blowfish Studios. The new funding will be partially used to build the immersive, dark-fantasy expansion, which draws inspiration from traditional titles such as RuneScape, Diablo, Skyrim, Elden Ring, and The Witcher.

“The true catalyst for the mass adoption of the blockchain will be the onboarding of traditional gamers into the metaverse through high quality, immersive ecosystems with strong lore, engaging gameplay, and lively community,” The Red Village co-founder Brendan Robb said.

Yat Siu, the executive chairman and co-founder of Animoca Brands said The Red Village partnership was a sign of things to come. “The world is waking up to the power of the metaverse, and projects are scrambling to make the transition from Web2 to Web3 as easy as possible for users,” he said. “Games like The Red Village provide an experience that conventional gamers are familiar with, and will lead the charge as players search for gaming that is both fun and also an opportunity to play-and-earn.”

About The Red Village

The Red Village is a success story of blockchain-gaming, with two sold out NFT sales in late 2021 and early 2022 generating more than 1,100 ETH, and trading more than 3,000 ETH on secondary. The Red Village Tournament mode is currently live in playable beta, and players have already won over $500,000USD. As the first dark-fantasy game on the blockchain, The Red Village is aiming to bridge the gap between traditional gamers and the metaverse through deep lore, immersive storylines and an active and engaged community. The Red Village: Darklands is under development by Animoca Brands’ Blowfish Studios.
—