The Next Big Thing in GameFi and Metaverse: Launch of Revoland in April 2022

Dubai, UAE, April 01, 2022 (GLOBE NEWSWIRE) — Revoland emerged as an E-sports game based on blockchain technology. The much-anticipated Revoland will be officially released in April 2022. 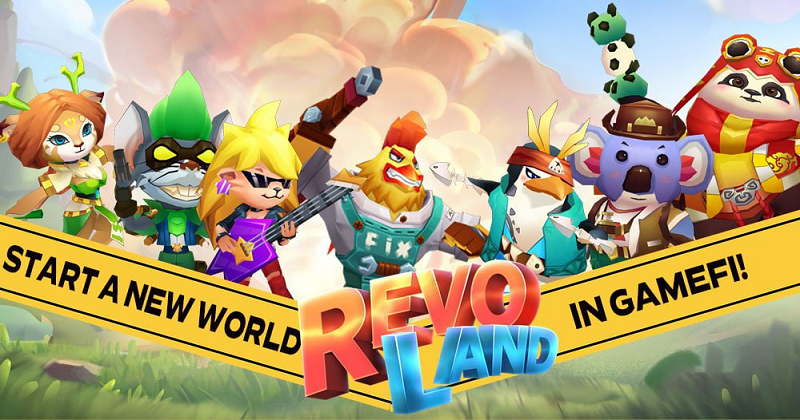 According to the Revoland team, Revoland is a blockchain-based multiplayer online battle arena (MOBA) game where players can gather friends to form a team, fight with others, and earn token rewards for their individual skills. Revoland’s gameplay is designed to combine players’ individual skills and teamwork to challenge themselves in a variety of game modes, with attractive ranking rewards updated monthly.

Unlike the mining chain games currently on the market, Revoland is a product that truly integrates all the advantages of traditional mobile games, with a high degree of completion and entertainment to create a true “social gaming experience” and profit model.

How can users get Revoland NFTs?

According to Revoland’s whitepaper, heroes, skins, props, and pets in Revoland are all NFT assets, and can be freely traded in the NFT market. To explore the various experiences of the event, players will need Revoland’s native replaceable token $REVO, which according to the announcement, is an NFT ticket that designed to be used solely as an interoperable utility token on the games ecosystem. Moreover, another token $LAND, also the main currency used in Revoland’s operations, can be earned by playing the game. Once players earn them, they can claim the token to their wallet.

The Developer of Revoland-Chain X Game

Revoland is developed by Chain X Game, a Metaverse Game development company from London which is focusing on traditional game + blockchain development. Chain X Game’s first project, Puppy Planet, was a huge success, completing multiple milestones in just 3 months. In order to maintain the development momentum of Chain X Game, the team brings Revoland’s players with brand-new and to the extreme “play to earn” game experience through the most popular game types at present.

Revoland is devoted to exploring the feasible combination of traditional games and chain games. As a professional team who aims to create a new crypto game world, Revoland also discussed with some mainstream game companies in traditional gaming industry like 4:33 Creative Lab and 505 Games.

The partners of Revoland are composed of experts and talents from multiple industries, including business planning, technology integration, blockchain system development, game production, game publishing and etc. What Revoland gathers are including the world’s leading game publishers such as Seagm Asian, Iceberg Interactive and Sigma Europe.

The cooperation with Khalaspay, a tier-one professional payment service company, and Earnathon, a gaming guild that dedicates in ecosystem driven Gamefi education in Africa, aims to solve the payment pain points for global players and help power the platform. In addition, Jennifer Zhu Scott, one of the most well-known figures in Venture Capital is on Revoland’s advisory board now to help develop it to a new level.

It is obvious that the development trend of Web3 and the power of GameFi are going to reshape the future of the gaming industry. At present, GameFi is still in its early stage and facing multiple challenges including a lack of diversification, poor user experience,a high threshold for player participation, incomplete ecosystems and so forth.

Revoland was born as an offer for these demands. The Revoland game depends on communities to help empower the platform. Likewise, the development team is constantly engaging with the community to determine which games and features are most sought-after by the community. This helps ensure that resources are spent delivering the games and experiences that people want and producing assets that are uniquely tailored to its community. Moreover, it is considered that can help build an entry for Metaverse and Web 3.0, which will reshape the interaction and relationships between users and data with no central controlling node.

The purpose of Revoland’s team is to build an open-chain game aggregation platform, linking games, gamers, guilds and the whole GameFi community. It will become the infrastructure of GameFi in the Web 3 era.

In practice, Revoland aims to become the world leader in GameFi aggregation services, creating a suite of comprehensive features in the Web3 ecosystem, streamlining existing industry processes to optimize the user experience and empowering both players and games.

CompoundX unveils the first of its kind 400,000 fixed annual percentage yield in the crypto space