The Movement Of Mothers

Over One Hundred Mothers Denounce the United States of America Before the United Nations, for Human Rights Violations.

The #MeToo Movement of Mothers

LOS ANGELES, Aug. 13, 2021 /PRNewswire/ — On Sunday, August 1, 2021, over one hundred mothers submitted a formal Complaint to the United Nations Commission on the Status of Women denouncing the United States Government, and the states within, for systematic human rights violations waged against women and children throughout the family court systems in the country. The Complaint was submitted by advocacy groups One Mom’s Battle and Custody Peace with over one hundred women throughout the United States joining in the Complaint. 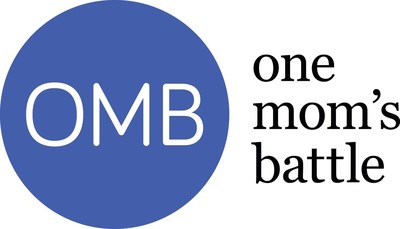 The Complaint alleges human rights violations that include systemic gender bias, discrimination on the basis of sex, and facilitation of physical, sexual, financial, legal and emotional abuse of women and children. Through personal letters submitted with the Complaint, these brave women provided firsthand accounts of their experience suffering injustices and human rights violations in family court.

The United Nations Commission on the Status of Women considers such communications as part of its annual program of work in order to identify emerging trends and patterns of injustice and discriminatory practices against women for purposes of policy formulation and development of strategies for the promotion of gender equality.

Devin McRae, Lisa Boswell and Rebecca Claudat of Early Sullivan Wright Gizer & McRae LLP, who are representing Renée Izambard in a groundbreaking civil domestic violence lawsuit which includes allegations of coercive control under California’s newly amended Family code § 6320, assisted the group of women with their submission to the UN.

The Claim submitted to the UN documents disturbing trends throughout family courts in the U.S. including a failure to recognize coercive control tactics as domestic violence warranting court intervention, the tendency of judges to discredit mothers’ child abuse allegations particularly when the father alleges parental alienation as a counterclaim, the weaponization of the family court system itself by an abuser as a means to harass and control a domestic violence victim, punishment of women who raise child safety and abuse concerns by stripping them of custody rights, and judges’ bias towards and unfavorable treatment of women who resist shared parenting with an ex-intimate partner who abused them and/or their child, often leading to a dismissal of these women as simply angry, emotional or crazy.

In their Claim, the women highlight the need for court reforms including that coercive control be recognized in all family courts as domestic violence warranting court intervention, that domestic abuse and coercive control be considered in all divorce and custody cases, for priority and early evidentiary hearings on determinations of abuse as a threshold matter, prohibition of admissibility of parental alienation claims in custody or visitation proceedings, and mandated education of judges, attorneys and all court-related/appointed professionals on domestic violence, child abuse and common mental health issues plaguing the family court system.

The complainants’ accounts to the UN included the following pleas (*the names of the complainants are omitted here for their protection):

“When I entered into the family law court system, l thought that once the judge and officials saw the patterns of abuse, they would do everything they could to protect my children and l. Instead, the courts have supported the on-going abuse of us post-separation. The lack of understanding and training about coercive control has been shocking. It’s been frightening, terrorizing, and traumatizing.”

“I have been threatened — maybe a better word to choose is strongly warned — by multiple attorneys that if I speak my truth, it will not go over well in family law court.”

“If I had known my ex would get any significant form of custody, I would never have left him. I would have stayed in that miserable, abusive situation so that I could be there for my kids 24/7 and do my best to keep them safe.”

“My ex was allowed to file as much as he wanted against me. It did not seem to matter that his claims were frivolous; if I did not show up and defend, then I would lose. The domestic violence advocate told me this was court system abuse.”

“If I ‘react’ further then I risk being labeled an alienator. I risk being held in contempt of court. I risk losing custodial rights to my child. Yet if something ever happened to us, people would ask why I didn’t do more.”

The lifelong impact of such trauma has been proven through scientific studies and is corroborated by numerous noteworthy scholars. In the late 1990s, Kaiser Permanente, with the CDC, conducted the Adverse Childhood Experiences (ACE) Study. For the first time, ACEs were correlated to addiction, disease, mental health issues and other adverse life-experiences.  Kevin Chroman, Esq, Adjunct Professor at Loyola Law School, Los Angeles, attorney and author of Making The Case for ACEs (How the Legal System Can Further Help Children and Take Meaningful Steps to Address ACEs) said: “The Family Court system is often the family’s first entry point in its call for help, and the time has come for us to have a comprehensive, evidence-based, response to our children’s needs. We should consider implementing ACE-based policies and programs as if our children’s lives depend on it because, as we now know, they do.”

Professor Joan S. Meier, Esq, Professor of Clinical Law and Director, National Family Violence Law Center at George Washington University Law School said, “Our research confirms that overall the courts reject mothers’ abuse claims the majority of the time. Widespread complaints from protective parents (mostly mothers) have been that their reports of family abuse, especially child sexual abuse, are not only ignored and rejected, but often trigger punitive responses, including custody reversals, granting custody to the alleged abusive fathers. Our data confirms this, and also show that when there are cross-claims of parental alienation, approximately one in two mothers loses custody of their children to the alleged abuser.”

A groundbreaking research study into high-conflict personalities in divorce proceedings led by Santa Clara University School of Law (Confronting the Challenge of High-Conflict Personality in Family Court) Professor Michelle Oberman with Bay Area attorney Esther Rosenfeld revealed interesting findings. According to Ms. Rosenfeld, “Our study indicates there is a measurable problem within family courts wherein some high-conflict personalities are able to ‘work the system’ to the detriment of children. Quality education into the nature and effects of these personalities for the judiciary and attorneys alike should be mandated, so that courts are better equipped to spot issues and make appropriate rulings to protect children’s best interest.”

The manipulation of the family court system by abusers to continue to harm and punish their familial victims is a textbook example of coercive control. Professor Evan Stark, the world-renowned expert on coercive control says, “My focus is on what perpetrators do to their partners. But the political significance of coercive control derives from what men prevent women from doing for themselves. The coercive control model defines abuse as a liberty crime and sets the use of violence in the context of the arrogation of women’s rights, the realization of which is critical to overall social and economic development, as well as her ability to fulfill her purposes in the world.”

Dr. Karen Williams, a Consultant Psychiatrist specializing in trauma, who recently presented to the NSW Select Committee into Coercive Control in Australia, states, “Clinically, what we see in survivors of coercive control are symptoms identical to that of first responders or defense personnel with PTSD, except these women never get to leave the war zone.”

Williams continues, “It is a myth that an abuser can be a good or even average father whilst abusing the mother of the children. Abusive partners/husbands are abusive fathers. It is really that simple.  Children rely on their parents for a sense of safety, when that safety is compromised – when a father attacks the person who is protecting them, whether it’s physically, emotionally or financially, then inevitably the child will lose that sense of security. Just like being in a boat, which has a hole in it, the child realizes that they are no longer safe if the mother is not safe. This is not just intuitive, this has been backed up by the evidence over and over again. The Adverse Childhood Experiences (ACEs) lists family violence, witnessing family violence as traumatic experiences. Children who have witnessed abuse experience higher levels of learning disorders, mental illness, obesity, substance abuse, as well as higher levels of criminal behavior themselves and lifelong history of disadvantage. The fact that this is overlooked by the family law court, time and time again in family courtrooms throughout the globe is one of the greatest examples of government-sanctioned abuse that we are witnessing in our time.”

Tina Swithin of One Mom’s Battle explains that the UN submission is simply the first step. “This is the first step in our advocacy efforts. Over two thousand mothers and allies of all genders have joined our Global Family Court Advocacy Community in just the last two weeks alone. We urge that child safety is made top priority in all custody cases in the U.S. and internationally and hope to raise awareness of coercive control and post-separation abuse,” says Swithin.

Learn more, donate to the movement or to join the Global Family Court Advocacy Community at www.custody-peace.org

About One Mom’s Battle: The mission at One Mom’s Battle is to raise awareness and educate family court professionals on post-separation abuse as it relates to co-parenting and the family court system (divorce, paternity and child custody battles). Education on high-conflict individuals and post-separation abuse will allow family court professionals (judges, commissioners, magistrates, CPS workers, guardians ad litem (GAL), parenting coordinators (PC), custody evaluators, therapists and attorneys) to recognize the abusive dynamics that play out in the family court system so they can make decisions that are in the best interest of children. Learn more at www.onemomsbattle.com

About Custody Peace: Through the cultivation of community, awareness building & advocacy Custody Peace is on a mission to ensure child-safety is the top priority in all custody cases and that everyone is free from coercive control and post-separation abuse. Learn more at www.custody-peace.org 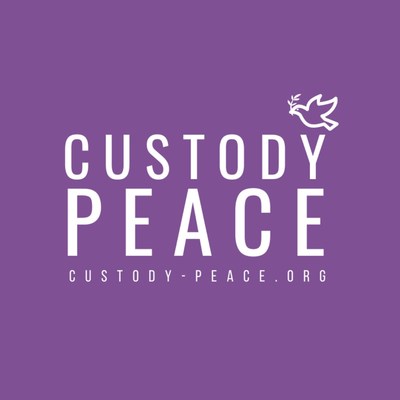