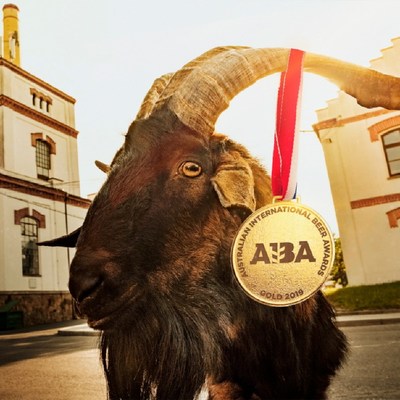 It is the world’s largest beer competition, with more than 400 brewers competing and almost 2,600 beers judged. The judges particularly praised the quality and style of Kozel Dark, saying it was a “good beer well done”.

Kozel Dark is a surprisingly light dark lager. It may look heavy and rich, but don’t be fooled! Beer lovers all over the world – including the judges in Australia – are delighted by how deliciously light, smooth and sessionable it is. No wonder it’s the world’s most awarded dark lager and the most popular Czech dark beer globally.

“We are absolutely delighted with the Gold medal. The judges gave us full marks for appearance, quality and style of Kozel Dark, which is an incredible achievement and a great reward for all the hard work. We are so proud that Czech beer is being recognised on the global stage. Long may it continue!” said Lukas Novotny, Kozel Global Marketing Manager.

“Kozel Dark is an innovative dark lager because it’s light and refreshing. Even the foam is dark! This Gold medal is a great reward for our insistence on using the finest natural ingredients and traditional Czech brewing techniques – so we always ensure Kozel Dark is perfectly balanced and full of character,” added Vojtěch Homolka, Kozel Brewmaster.

Beer is an important part of Czech culture and they drink more per head than any other country (about 160 litres per person) – they’ve topped the beer drinking charts for 24 consecutive years!