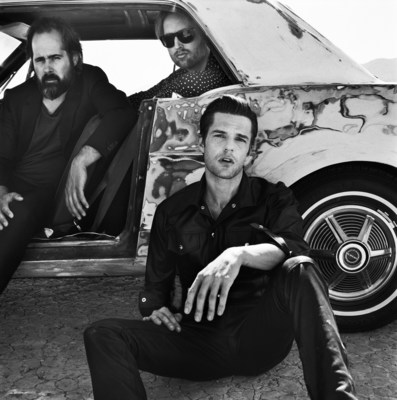 American rockers The Killers will bring their world beating catalogue of massive hits including ‘Mr Brightside’, ‘Somebody Told Me’, ‘Human’, and more to the du Arena, Yas Island, on Sunday 1st December.

The addition of The Killers to the international line-up perfectly builds on the huge excitement and momentum sparked earlier this year by the announcement that American hip hop sensation Travis Scott will perform at the Friday Yasalam After-Race Concert.

Taking to the stage in Abu Dhabi for only the second time in their incredible career, The Killers are set to close this year’s F1® music celebrations with an epic performance of their biggest hits.

With music lovers of all ages counting themselves as fans of both Travis Scott and The Killers, the Friday and Sunday night Yasalam After-Race Concerts are sure to prove a huge hit with international racegoers.

Offering superb value to loyal race fans, there’s also up to a 20 per cent ‘Early Bird’ discount for those that purchase their Abu Dhabi Grand Prix tickets before 31st July.

Al Tareq Al Ameri, CEO of Yas Marina Circuit, said: “We are delighted to announce The Killers will play the headline show on Sunday night at the Abu Dhabi Grand Prix After-Race Concerts.

“With their huge collection of global anthems, massive fan appeal, and incredible live performances, The Killers are the perfect band to play at the du Arena at the end of the fourth day of great F1® action.”

“This year’s FORMULA 1 ETIHAD AIRWAYS ABU DHABI GRAND PRIX will be a celebration of the best in motorsport and live music with five full days of on and off-track entertainment lined-up as we mark our second decade of success at Abu Dhabi’s Yas Marina Circuit.”

Tickets are available online at www.yasmarinacircuit.com.

Helo spreads 'Ever Green Love', 100 users get a tree in their name