The International Dota 2 Championships 2019 Kicks off in China

SHANGHAI, Aug. 22, 2019 /PRNewswire/ — The International Dota 2 Championships 2019, also known as TI9, kicked off at the Mercedes-Benz Arena in Shanghai, China on August 20. This is the first time that an Asian city is hosting the annual tournament since 2011. 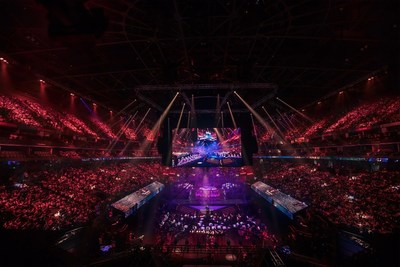 At the opening ceremony, Gabe Newell, co-founder of American video game developer and the developer of the game Valve, extended his thanks to the the Shanghai government and citizens for hosting the event on behalf of the entire Dota 2 community, intoning in Chinese: “Xie xie, Shanghai (Thank you, Shanghai)!” 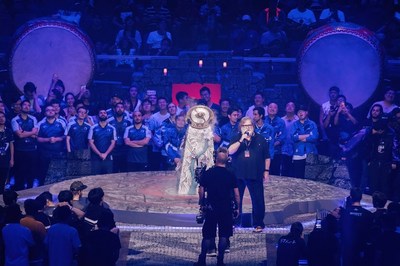 Audiences at the venue witnessed a Chinese fans dance show to the accompaniment music that was a perfect blend of a symphony orchestra and Chinese folk music, representing the fusion of Eastern and Western cultures. Then, to the sound of a resonant battle drum, the participating teams ascended the stage. As the defending champion due to their win last year, the OG team came out last, showcasing the glory of the TI9 event: The Aegis Shield.

As the opening ceremony came to an end, the opening game of the main event began between the PSG.LGD and VP teams. Sixteen teams from around the world had competed fiercely to gain entrance to the main stadium. The final lineup of contestants will embark on a six-day final race in pursuit of the championship trophy. By the end of the opening ceremony, the prize pools to be distributed at TI9 had exceeded US$33 million, with 45.5 percent allocated to the championship team. TI9’s total prize pools exceeded that of World Cup, becoming the world’s first e-sports competition with a single prize exceeding tens of millions of dollars.

In recent years, a series of favorable policies meant to attract the e-sports sector were issued by the Shanghai government as the city makes every effort to transform itself into a global e-sports capital. Last year, at an event in Vancouver (Canada), Shanghai’s former vice mayor Weng Tiehui announced that the TI9 event would take place in the Chinese city in 2019.

By this summer, the favorable regional policies, combined with top e-sports event like TI9, had made Shanghai the most appealing city in the eyes of e-sports enthusiasts around the world.

E-sports enthusiasts who watched the competition said that the magnificent venues in which the TI9 took place made evident the degree to which China has “earned their chops” in terms of holding the world’s top e-sports event.

TI9’s promotional films have been very successful in showcasing the city’s charisma. The creation of an e-sports atmosphere in several metro stations including the China Art Museum and Century Avenue stations demonstrated the cultural soft power reflected by the combination of the e-sports sector, Chinese culture in general and Shanghai’s urban culture. 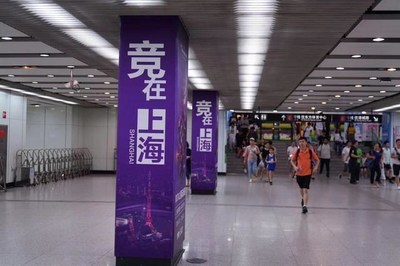 As the official distributor of Dota 2 at mainland China, Perfect World has maintained an excellent relationship with Valve, with the goal of delivering high-quality game and e-sports competition experiences to players. Valve’s decision to hold TI9 in Shanghai is not only a great boon for players based in China but also in the whole of Asia, the decision is also a full affirmation of the long-term, successful management of the event alongside Perfect World’s execution ability.

Previously, Perfect World had accumulated a wealth of experience through hosting some of Valve’s world-class e-sports competitions. Established in 2015, the Dota 2 Asia Championships (DAC) have been staged successfully three times, becoming one of the most influential and large Dota 2 events outside the TI series. Perfect World also held professional competitions such as the Perfect World Masters and the SuperMajor, and held two world-class competitions in 2018 alone.

In the non-professional field, Perfect World has developed the College League and the City Challenge to encourage players to join the system, building new blood and solidifying the authority of the standardized and comprehensive event system. 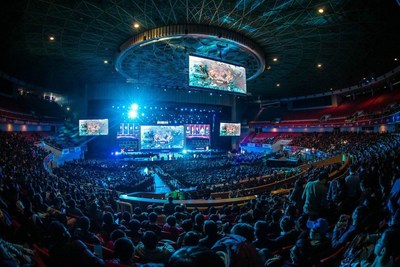 With higher-than-expected influence, TI9 not only realizes the dream of e-sports for professionals and enthusiasts, but also gives additional impetus to China’s e-sports sector. The sector is expected to gain even greater visibility from products, events, team brokers and other industry segments, while leading e-sports companies, of which Perfect World is one, are expected to become the main beneficiaries and continue to maintain their advantages in future competitions.