– Continuation of the Zayed Award for Human Fraternity announced

ABU DHABI, UAE, Feb. 5, 2020 /PRNewswire/ — The Higher Committee of Human Fraternity, an independent body of religious leaders, educational scholars and cultural figures from across the world, hosted a celebration event yesterday to mark the one year anniversary of the historic Document of Human Fraternity for World Peace and Living Together. The Document was signed by His Holiness Pope Francis of the Catholic Church and the Grand Imam of al-Azhar, His Eminence Sheikh Ahmed El-Tayeb, during the Papal visit to the UAE Capital in February last year. 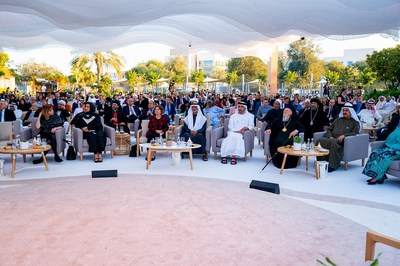 The celebration, held in Abu Dhabi, was attended by His Highness Sheikh Abdullah bin Zayed Al Nahyan, Minister of Foreign Affairs and International Cooperation, in support of the Committee’s efforts towards realizing the aspirations of the Document of Human Fraternity.

Commencing the event, Pope Francis and the Grand Imam addressed faith leaders, cultural leaders and students attending from around the world in video messages in which they reiterated their commitment to the aspirations of the Human Fraternity Document. In their addresses, they also expressed their gratitude and appreciation to the UAE for the great support provided to the Higher Committee’s effort.

In his speech in the event, Sheikh Abdullah said, “We were honoured to host the signing of the Document of Human Fraternity in the United Arab Emirate’s capital, Abu Dhabi, with the support of His Highness Sheikh Mohamed bin Zayed Al Nahyan, Crown Prince of Abu Dhabi and Deputy Supreme Commander of the UAE Armed Forces. This is a reflection of our commitment to its values which are well founded in our national and international strategy. The Document of Human Fraternity has also been included in our school curricula, and we will continue to support initiatives intended to spread the values of tolerance and understanding among all people, including the work of the Higher Committee of Human Fraternity.

“We are honoured to host the Higher Committee of Human Fraternity, and we encourage countries and international agencies to include the Document’s values and objectives in their development programmes and initiatives.

“I’m also honoured to announce the continuation of the Zayed Award for Human Fraternity, which was launched last year by His Highness Sheikh Mohamed bin Zayed, and was bestowed on the Grand Imam of Al Azhar Sheikh Ahmed Al Tayeb and Pope Francis, in recognition of their efforts to empower communities and inspire individuals on issues of fraternity and peace. The annual award will recognise those who unite for the good of humanity and reach out to one another in service of promoting human fraternity across the world.

“The Document says, ‘This Declaration may constitute an invitation to reconciliation and fraternity among all believers, indeed among believers and non-believers, and among all people of good will.’   This is an invitation to everybody, regardless of their race or religion, to rally around values of Human Fraternity. We encourage everybody to uphold and adopt these values, especially the younger generations that helped in the emergence of this event.”

During the celebration event, the Higher Committee members took part in a panel discussion, updating on their strategy to realize the aspirations of the Document on Human Fraternity, including the Higher Committee’s emphasis on engaging youth and educators. Focusing on future generations has been one of the organization’s central aims since it was established, and a number of youth representatives attended the celebration event. In addition, the Committee has been instrumental in facilitating a forum, which took place in Abu Dhabi earlier in the day, bringing together over 150 students, religious leaders, and cultural leaders from around the world to engage in dialogue and hear from leaders of initiatives that exemplify human fraternity.

Looking ahead, while engaging with young leaders and students to instill the values of human fraternity will be a key focus for the organization, the Committee will also encourage initiatives that serve humanitarian causes tailored to global leaders and to vulnerable populations in those communities. With its global focus, the organization aims to galvanize action on issues of peace and human fraternity across Art & Media, Community, Policy-Making, and Education.

The Higher Committee’s core mission is to inspire the values of human fraternity among people of different faiths, backgrounds, and nationalities across the world. It is acting on the aspirations outlined in the Document of Human Fraternity by holding meetings with religious leaders, heads of international organizations, and others to encourage actions that will create a more peaceful world for all humankind. Most recently the Committee met the United Nations (UN) Secretary-General, António Guterres and other senior UN representatives, to present plans for the Abrahamic Family House, one of the first projects the Committee is advising on, and discuss the group’s future plans. Following the meeting, the Secretary General agreed to share the Human Fraternity Document with the 194-member states of the UN so they can benefit from the principles and values it sets out.

About the Higher Committee of Human Fraternity

The Higher Committee of Human Fraternity is an an independent body of religious leaders, educational scholars and cultural figures from across the world whose purpose is to inspire the values of human fraternity among all people. The committee will steward the aspirations of the Document on Human Fraternity across the world by holding meetings with religious leaders, heads of international organizations, and others to encourage actions that will create a more peaceful world for all humankind.

The Committee will also work alongside legislative authorities to inspire national legislation that reinforces the values of mutual respect and peaceful coexistence. It will also oversee a variety of initiatives that aim to deliver on the aspirations of the Document of Human Fraternity, such as the Abrahamic Family House, an interfaith center to be built in Abu Dhabi, United Arab Emirates.

The Higher Committee of Human Fraternity currently includes nine members from the UAE, Spain, Italy, Egypt, the US, and Bulgaria. 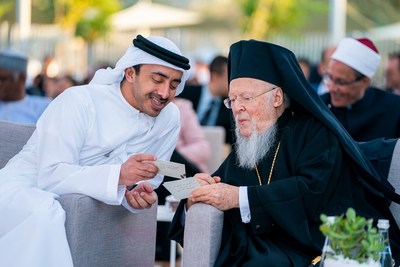 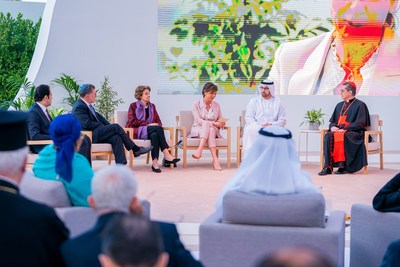