NEW YORK, Jan. 22, 2020 /PRNewswire/ — The Empire State Building (ESB) has announced that this year the building will light in Australia’s national colours of green and gold to celebrate Australia Day. Celebrated annually on January 26, the national holiday commemorates the arrival of the First Fleet of British ships in New South Wales. 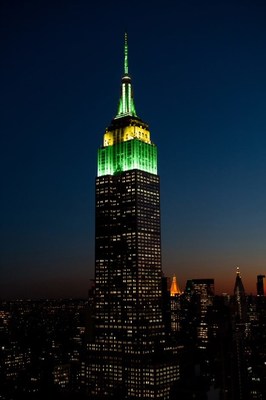 Additionally, as the world continues to follow the national bushfire crisis that has devastated the country, ESB’s restaurant STATE Grill and Bar will add FOSTER’S beer and a special Pavlova dessert to its menu on January 25 and 27, with all profits made from these limited-availability items donated directly to the NSW Rural Fire Service. Patina Restaurant Group, the restaurant’s managing company, has also pledged to match this donation.

“The Empire State Building is a popular destination for Australian travellers and our thoughts are very much with the country during the current crisis,” said Anthony E. Malkin, Chairman and CEO of Empire State Realty Trust. “We want to take this opportunity to extend our support through our world-famous tower lights and with a donation in support of bushfire relief.”

Complimentary Tim Tams made in-house by STATE’s pastry chef Andrea Jarosh will also be available with purchase of a beer or dessert.

For more information about the Empire State Building and STATE Grill and Bar, please visit http://www.esbnyc.com, and https://www.patinagroup.com/state-grill-and-bar. 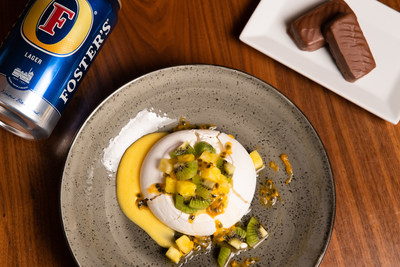