LONDON, Sept. 29, 2021 /PRNewswire/ — The Economist Group has today announced the launch of Economist Impact — a business which will partner with leading corporations, governments and nonprofits to deliver positive societal change. 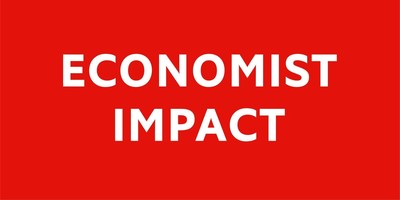 In a unique offering, Economist Impact brings together a 75-year heritage of evidence-based policy research with the creativity of a trusted media brand to engage an unrivalled global audience of influential executives. Economist Impact delivers the insight, innovation and influence decision makers need to catalyse progress in our rapidly evolving world.

Together with its partners, Economist Impact drives the conversation around three key areas of systemic transformation — sustainability, health and the changing shape of globalisation — and is already designing multi-year partnerships for a spectrum of clients, with a global stage enabling them to play a leading role. Examples include the Back to Blue initiative with The Nippon Foundation, which aims to protect the health of oceans, and Google Jigsaw’s programme to end online violence against women. Other partners of Economist Impact include Deutsche Bank, BP, Infosys and Amgen.

The launch of the new entity follows The Economist Group’s strong 2021 performance — with an operating profit of £41.8m, up £8.9m or 27% on the previous year — which has placed The Group in a strong position to pursue long-term profitable growth. These results stem from a renewed focus on its mission of driving progress. The creation of Economist Impact as a global, evidence-led business is a key part of the Group’s strategy.

“To overcome complexities and seize opportunities in our modern world, today’s leaders must shape the conversation on topics that matter. Economist Impact is designed to provide decision makers with the deep-dive insights and a trusted platform they need to do that.

Building on our heritage and far-reaching expertise, Economist Impact represents the latest step in The Economist Group’s evolution. We are galvanised by its potential, and proud that so many global brands and institutions are already embracing Impact partnerships and choosing to work with us.”

“The world is in the midst of a major paradigm shift. To lead the way forward, we have created a new unique model for partnership.

Through a powerful combination of evidence-based insights, creative innovation and unmatched global influence, we can reframe the conversation, rethink solutions to the issues facing our world, and unlock opportunities for progress – not only creating value for the organisations we work with, but also delivering world-changing impact.”

Economist Impact combines the rigour of a think-tank with the creativity of a media brand to engage a globally influential audience. We believe that evidence-based insights can open debate, broaden perspectives and catalyse progress. The services offered by Economist Impact previously existed within The Economist Group as separate entities, including EIU Thought Leadership, EIU Public Policy, Economist Events, EBrandConnect and SignalNoise.

About The Economist Group

Dedicated to driving progress, The Economist Group is built on high-quality, in-depth global analysis which runs through all of its businesses. With 25 offices in 14 countries and serving a global influential audience and client base, the Group produces digital and print products, convenes global events, and offers a range of subscription and other services for clients and consumers. Its flagship businesses include The Economist, Economist Intelligence, Economist Education and Economist Impact.