The Decision of the German Federal Court of Justice Confirms That Wuxi Hisky Medical Was Infringing the German Part of Echosens’ Patent: Hisky FibroTouch Is Found to Be Illegal in Germany 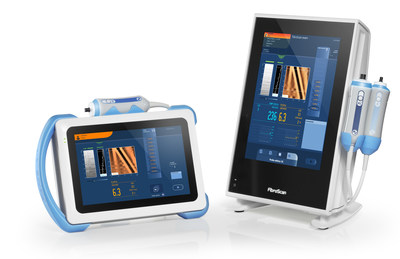 The Federal Court of Justice rejected on Feb. 4, 2020 Chinese Wuxi Hisky company’s request for review of the Higher Regional Court of Düsseldorf which confirmed on March 1st, 2018, the first decision of the judges stating on April 20, 2017 that Hisky was infringing the German part of Echosens’ patent EP 1 169 636 B1.

As the German Federal Court has ruled that the Hisky products infringes, all marketing, sale and commercial use of the Hisky / FibroTouch is found to be illegal in Germany.

“We have pioneered Vibration Controlled Transient Elastography for liver assessment and are investing heavily in our innovative technologies with over a third of our employees working on R&D. Echosens technologies are unique and backed-up with over 2,500 clinical studies and we therefore cannot allow competitors to counterfeit our hard-heard technology breakthroughs or infringe our patents,” says Laurent Sandrin, founder and CTO of Echosens.

“We are pleased the court confirmed that Hisky infringed Echosens patents. As the leader in the non-invasive diagnosis of Liver health, Echosens is committed to protecting its intellectual property in furtherance of its mission to expand and improve liver health assessment and diagnostic around the world,” says Dominique Legros, Group CEO of Echosens.

Echosens is the world’s #1 provider of non-invasive medical devices dedicated to assessment of chronic liver disease. Echosens significantly changed the practice of liver diagnosis with FibroScan®, the unique device using patented and validated VCTE™ for liver stiffness assessment, and CAP™ for steatosis quantification.

FibroScan® device is recognized worldwide as the reference for non-invasive liver diagnosis with more than 2,500 medical publications and 40 guidelines recommendations

With a wide-reaching international distribution network including France (Paris), the United States (Waltham) and China (Shanghai, Shenzhen and Beijing), Echosens has made FibroScan®  available in over 80 countries.

Stalwarts From the RE Sector Mark Their Presence at the 3rd Edition of Renewable Energy Growth Forum in Colombo, Sri Lanka