The 2nd wave of the COVID-19 pandemic has hit the Ice Cream and Frozen Dessert Industries badly for the 2nd consecutive year: IICMA seeks support from union government & state governments.

AHMEDABAD, India, May 10, 2021 /PRNewswire/ — Summer is back, but not with ice-creams on the plates of customers. For the second year in a row, the lack of government intervention to boost the sector has led to a loss of market sentiment for ice creams and frozen desserts during lockdowns and curfews. What would have been a better time to savour one’s favourite chilled delicacies with family than now? 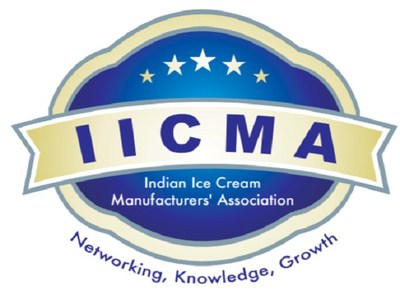 With almost 12,000 small and large ice cream manufacturers in serious financial difficulties, the time has come for most of them to shut shop. Research has shown that people’s sweet tooth cravings happen more when a person is at home rather than at work. However, ice cream is one thing that gives smile, happiness, pleasure and immunity to the people but is being avoided in myths and fear of catching a cold or cough – the premier signs for COVID-19.

The recent RBI policy that restructures loans rather than extending the moratorium is of little help to the ice cream industry, which has already suffered a considerable loss. In India, Gujarat sells the highest volume of ice cream, followed by Maharashtra, Delhi, Rajasthan, Karnataka, and other states. The most significant share of losses to the ice cream industry and its ancillary industries is also in the states suffering the most from the COVID-19 pandemic. However, Mr Sudhir Shah, President of IICMA, said, “The government can bring back a glimmer of hope by accepting two of our most logical demands: the reduction of GST, which we have been pitching for almost a year now, and a provision for fund assistance, either as interest-free or direct cash assistance”.

IICMA further mentions that, since last year, the industry body has been requesting the government to reduce the GST from 18% slab to 12% to no avail. The industry body is also pushing for a transition of the industry to the composition scheme category. This would keep it at par with dairy industries, which have comparably lower tax slabs ranging from nil to 5% or 12% GST. In comparison, ice cream is under the 18% GST slab for no good reason. It is important to note that the ice cream industry thrives on raw materials from the dairy industry, accounting for 5% of India’s GDP. The industry’s poor performance might spill over in the form of low demands for milk, butter and cream. This could affect the livelihoods of farmers and people in the dairy and related food processing industries.

Although the losses are not new for the company, what’s new is the declining sentiments for the dessert in the market. “None of our requests have been met till now. The government could do a lot to boost the sector during such pall of gloom in the economy,” said Secretary Mr Ashish A Nahar of IICMA. “March and April have already passed. We have just one more month to prove our point to the government. If not now, then we would not be able to recover even a part of our losses over the rest of the year”, he added. “Ice cream is sold mainly during the peak selling season of March to May. And with the current lockdown in progress, we have lost all hope,” he added further.

“All state governments should support the ice cream industry as it contributes immensely in generating local employment (direct and indirect). Ice cream, like dairy, should be brought under essential goods as done by the Government of Karnataka during the lockdown last year. We are also seeking a deferral of electricity bill payments as sales have taken a huge hit across the country”, said Pradeep G Pai, Treasurer of IICMA.

IICMA is bearing the brunt of the crisis brought on by the pandemic and requests the Minister of Finance to take quick, decisive action to keep the industry afloat. This leverage might provide the required push for the industry to go for a customer-friendly overhaul of its products. This could also help companies include semi-frozen products and organic flavoured yoghurts. Who knows – next time you visit an ice-cream store, you could be overwhelmed with choice.

Follows us for every day updates