LOS ANGELES, May 8, 2022 /PRNewswire/ — Charlie Mitchell, the 16-year old singer from the Gold Coast, has seen his debut single skyrocket to #1 on the Adult Contemporary charts. ESW Management can officially confirm that Narada Michael Walden’s production of the original Brian Evans song “Even After,” a song Evans wrote about his mother has topped the Adult Contemporary charts. Jesse Stenger and Evans, who executive produced the song with Charlie Mitchell creating the melody, were stunned at the news. 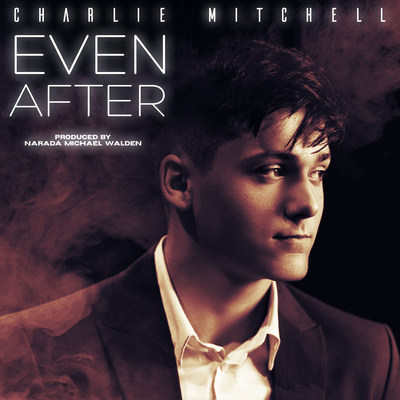 Surpassing Mick Jagger and Billy Joel on the PlayMPE charts, the leader in music distribution directly to radio programmers, Charlie Mitchell will appear for the first time nationally in Australia on the morning show Studio 10 on Wednesday, May 11th, 2022.

“We are being swarmed with requests at this point. This morning we awoke to an email inbox that was so full that people were calling us to tell us their emails were bouncing back,” said Stenger.

“This is no surprise to me,” said Evans. “I knew the moment I saw him.”

The song, “Even After,” was written by Evans in a unique way. The first verse conveys the words of a loved one who may have lost someone in some way, while the second verse and bridge is the one you lost speaking to you.

“When I was writing it, and it took me years to be able to after my mothers tragic and untimely passing, I knew that even as a singer myself, I couldn’t bring myself to sing it. I was just too attached to it. When I discovered Charlie on social media, I knew he had the vulnerability that would give the kid a shot. People will interpret it in their own way. Some think it’s about a break-up, some think it’s about when someone passes,” says Evans. “What I didn’t expect was how talented Charlie was, and his unique “old soul” ability to interpret a song so young. It’s really extraordinary.”

Narada Michael Walden’s words were a lot simpler: “Charlie Mitchell is a superstar in the making. I’m glad Brian brought him to me and we have a lot more work to do together.”

The song, “Even After,” can be downloaded on Apple iTunes, Spotify, and anywhere else music can be downloaded. His official website is charliemitchellmusic.com, and his Facebook is Facebook.com/CharlieMitchellMusic where he had over 35,000 followers prior to Walden even producing him.

The chart can be seen at https://daily.plaympe.com/adult-contemporary-weekly-top-20-downloads/