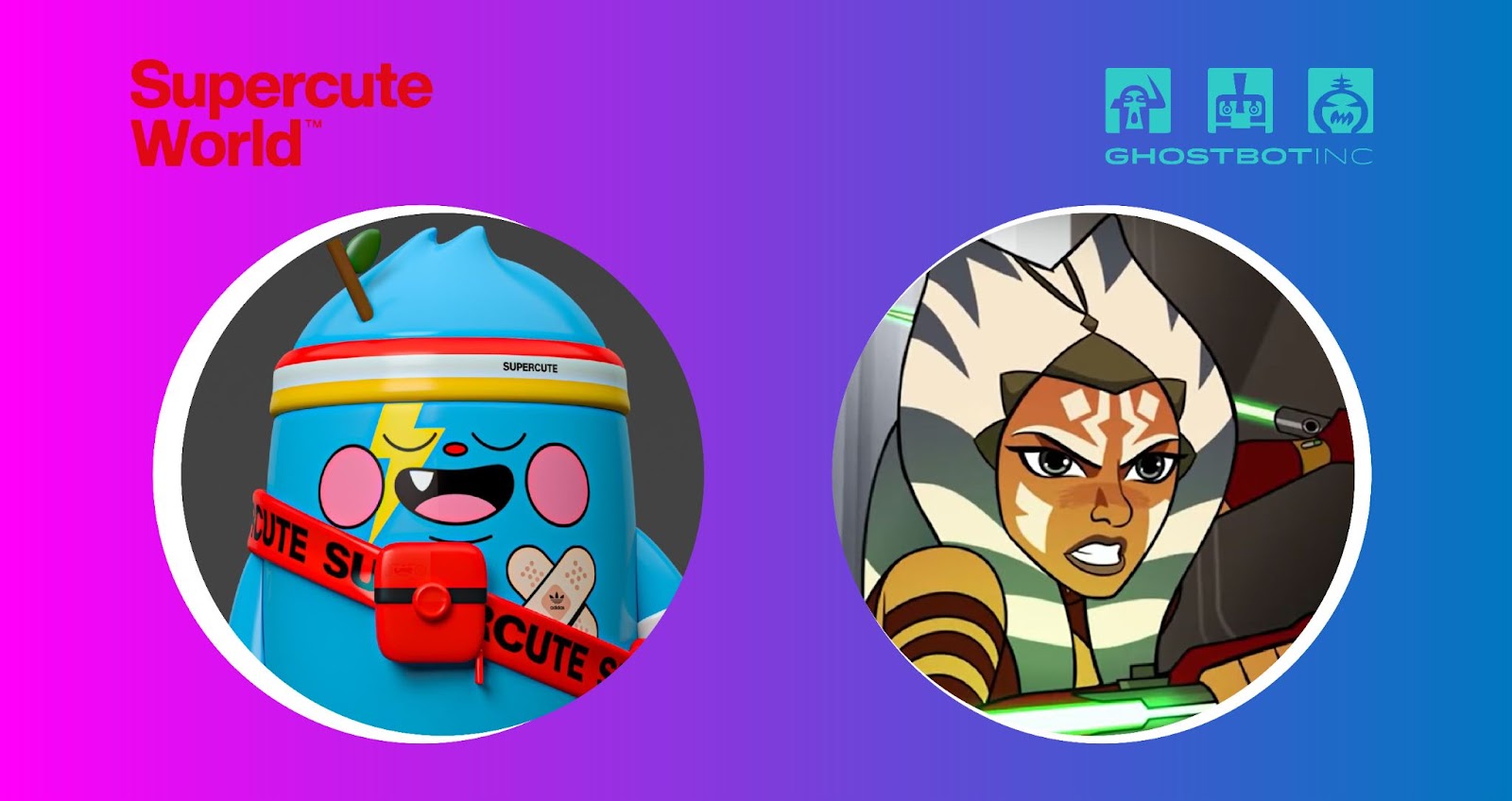 Ghostbot studio has over 20 years of experience and managed over 200 projects while working alongside powerhouse companies such as Lucasfilm, Pixar, Marvel and Sony. In Web3, the animation studio is currently working on the acclaimed Stoner Cats NFT show, an adult animated series, and has also developed other stories that have been viewed by billions of people all while the team continues to embrace new forms of entertainment.

“Looking ahead to the new year, we are excited to announce that we are collaborating with the talented folks at Supercute World. This team is dedicated to making every aspect of Supercute World an incredible success,” said Alan Lau, CEO of Ghostbot “We are thrilled to be working with such a talented company as we gear up to tell great stories and create beautiful animation for this charming universe.”

The Supercute World™ is also bringing in seasoned film and animation veteran Sarah Cole as a consulting partner. Cole has spent over a decade working on animated films at major studios including Netflix, Warner Brothers, Paramount and Sony Pictures. Cole’s most notable work includes Spider-Man: Into the Spiderverse.

“Supercute redefines what it means to be a pfp (profile picture) project. With key tenets of inclusivity and bolstering community, Supercute transcends Web3 by building an iconic brand based in art and entertainment,” said Cole. “I am super excited to be part of such an innovative team.”

Supercute World™ is pushing the boundaries of what is possible with Web3 technology and will be working closely with Ghostbot and Cole to create the story, visual development and animation of the Supercute characters and bring the team’s mission of true inclusivity to life in the blockchain sphere.

“The animation series which we’ve begun to develop months ago is a key pillar for Supercute World, alongside the NFT/Web3 and Consumer Products business streams. We couldn’t have found a better partner than Alan (Ghostbot CEO), Corrine (Ghostbot Executive Producer) and team at Ghostbot to execute our vision”, said Mic, CEO of Supercute World™.

In addition to the cartoon series, Supercute World™ has plans of a full rollout of fashion merchandise and toy collections featuring Supercute characters with plans to launch in early 2023.

Supercute World™ has a team of experienced founders, artists and partners including Web3 developer platform Alchemy and world-renowned artist Chocotoy, who has collaborated with Adidas,  Superplastic and musician J Balvin. Supercute World™ cofounder, Natalie Rebot, is an award-winning toy inventor and software engineer who has sold millions of children’s products worldwide, including her viral hit the Moonlite Storybook Projector.

Ghostbot has successfully established itself as the new model for unique and original content: Hollywood meets Silicon Valley. Our principal team goes above and beyond to blend style, story, and delivery to develop strong, memorable characters in a distinct Ghostbot way. We maintain a high quality of excellence and clarity of vision with global collaborations around the world. Since 2004, this unwavering dedication to excellence has made Ghostbot one of the premiere creative teams in the animation industry.