RANCHO SANTA FE, California, Sept. 12, 2019 /PRNewswire/ — This month, Helen Woodward Animal Center will once again unite with animal welfare proponents and organizations worldwide for the 7th Annual Remember Me Thursday®.  Honored on the fourth Thursday of September, the campaign asks pet lovers and animal rescue groups to create an unstoppable, integrated voice advocating for homeless pets to live in forever homes, not die waiting for them.  Grassroots candle-lighting ceremonies and a global avalanche of social media buzz will shine a light on the millions of orphan animals still awaiting adoption and encourage communities to opt to adopt and reduce the millions of homeless pets euthanized each year.  As in previous years, some very big names are stepping forward to lend their support to the cause, including self-made businesswoman, TV producer, philanthropist, New York Times bestselling author, and mother, Bethenny Frankel, who has been named the 2019 Official Spokesperson for the campaign. Helen Woodward Animal Center encourages the world to join with these philanthropic celebrities and to be a part of this very special day, Thursday, September 26th, 2019.

As the campaign’s 2019 Official Spokesperson, Bethenny Frankel is the Founder & CEO of Skinnygirl, a lifestyle brand offering practical solutions to women, including the recent launch of the Skinnygirl Jeanswear Collection.  Frankel first gained public attention on the Bravo series “The Real Housewives of New York City.”  She was seen as a guest shark on ABC’s critically acclaimed series “Shark Tank” and has also been named one of the Top 100 Most Powerful Celebrities by Forbes.  Frankel recently made a multi-year deal with MGM Television and Mark Burnett to generate unscripted television projects that she will produce. Additionally, Bethenny established the worldwide initiative, “B Strong: Disaster Relief.” Their program provides people with much needed gift cards, bank cards and critical supplies so they are able to deliver in real time raising approximately $1.25 million in cash cards and collecting over $20 million worth of disaster relief. Bethenny shares her home with her rescued dogs Biggie and Smallz who bring joy and laughter to her life on a daily basis. The love they share can be witnessed in Bethenny’s Remember Me Thursday® public service announcement (PSA) seen here: https://www.youtube.com/watch?v=2Vr__OXZhQs.

Regarding her love of animals, Frankel stated: “Many pets are waiting to be adopted in shelters. On this Remember Me Thursday®, please join me in being their voice. As 2019’s Official Spokesperson, I ask you to join me on social media on September 26th and tell the world that pet adoption is the way to go!”

Frankel leads an impressive list of celebrity supporters also aligning themselves with Remember Me Thursday®.  Notable personalities, professional athletes, pet behaviorists and social media pet stars have signed on as “luminaries,” committing to share their thoughts on pet adoption in videos and via their social media accounts throughout the campaign.  At press time, nearly 100 influential luminaries have joined the cause, including:

Remember Me Thursday® was established in 2013 by Helen Woodward Animal Center President and CEO Mike Arms.  Moved by the staggering statistic of the 2.7 million1 homeless pets who lose their lives each year in the U.S., Arms put out a call to rescue organizations in an attempt to create a global awareness campaign.  As creator of the International Pet Adoptathon and the International Home 4 the Holidays® program (placing over 15 million pets in homes since 1999), he was able to send out an expansive request and the response was significant.

Now in its seventh year, Remember Me Thursday® has been supported by 190 countries with hundreds of thousands of individuals and more than 700 separate animal welfare organizations around the globe holding candle-lighting ceremonies of their own, spreading the message on social media, or lighting a virtual candle.  The enormous swell of celebrity support has resulted in the topic trending each year on both Facebook and Twitter, garnering more than 1 billion social media impressions since its start.

To be a part of the 2019 Remember Me Thursday® campaign, individuals and animal welfare organizations are encouraged to get the entire world talking about pet adoption on Thursday, September 26th, by tweeting, tagging, posting and sharing the beauty and life-saving significance of pet adoption using the hashtag #RememberMeThursday and @hwac.  Animal-lovers can win life-saving funds, toys and food for adoptable pets looking for forever families at their favorite non-profit, pet adoption organization. To enter the Remember Me Thursday Challenge, simply upload your rescue pet’s photo and story to the #RememberMeThursday Photo Wall for a chance to win!* (*Restrictions apply.  Final selection remains at the sole discretion of Helen Woodward Animal Center).

For more information on Remember Me Thursday® and a full list of participating celebrities and animal welfare organizations, go to www.remembermethursday.org.

About Remember Me Thursday®
Animal lovers and organizations across the globe unite on the fourth Thursday in September to light a candle in remembrance of the millions of homeless pets who lost their lives without the benefit of a loving home and to shine a light via social media on the millions of orphan pets still waiting for their forever homes.  The Remember Me Thursday® global awareness campaign is championed by Mike Arms, President of Helen Woodward Animal Center, and creator of both the International Pet Adoptathon and successful Home 4 the Holidays program which, in partnership with national animal organizations, has placed over 16 million pets in homes since 1999.  For more information, please visit www.remembermethursday.org or via hashtag #RememberMeThursday on social media. 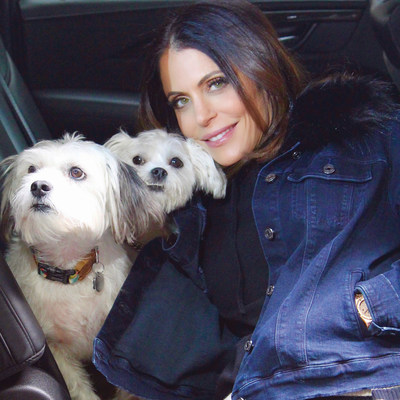 Only Two Weeks Left to Register for CIIE 2019