SEOUL, KOREA, Sept. 22, 2022 (GLOBE NEWSWIRE) — Starflex-VR Inc. has launched a K-pop 3D VR platform service for fans worldwide. The mobile app SFVR was first released on the VR platforms of Meta Quest and Steam VR and has recently been made available on Google’s and Apple’s stores as well. 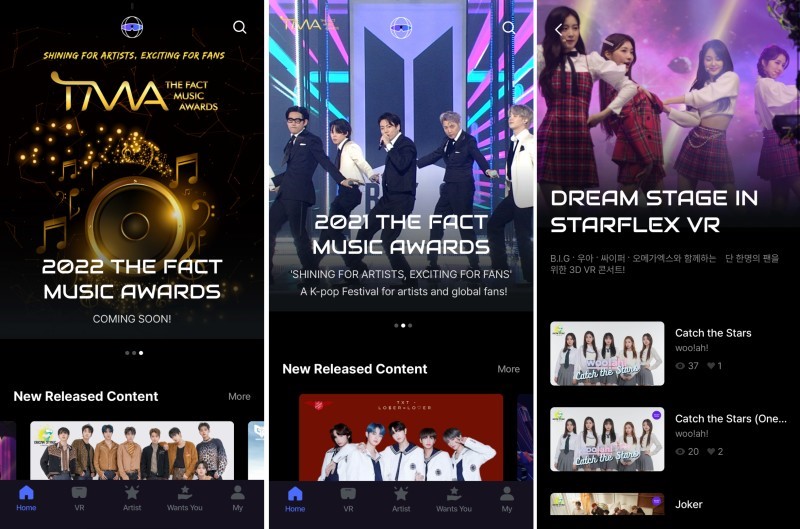 The SFVR platform features a variety of content from K-pop artists such as concerts, music videos, and behind-the-scenes videos produced in 3D VR so overseas fans can feel as if they’re right there on the scene. The platform’s main services are planned to be 4K 3D VR K-pop performance streaming, 8K 3D VR downloads, various interactive platform-based K-pop fan services, and more.

2021’s TMA VR performances are available for free on the SFVR app now, and the vividly realistic 2022 awards show, an in-person celebration for fans and artists meeting again after three years, will also be provided this upcoming October.

Starflex-VR stated that “We are providing performances from famous K-pop artists for free to bring joy to Korean wave fans and VR users around the world who love K-pop. We will improve convenience and security so Korean wave fans worldwide can enjoy performances from K-pop artists in the form of more realistic 3D VR content in a way that suits rapidly changing mobile environments and platform user platforms and environments. We will become a K-pop platform providing maximum satisfaction to all users around the globe.”