BENGALURU, Oct. 25, 2019 /PRNewswire/ — Star Air, part of the diversified Sanjay Ghodawat Group, while continuing on its endeavor to connect the unconnected with affordable and easily accessible services is soon going to bring smiles on the faces of millions of people. Since ages, people of Northern Karnataka were aspiring to get connected to Delhi via direct flight services. Star Air thus, by connecting North Karnataka with national capital is on its way to meet people’s aspirations with realism. 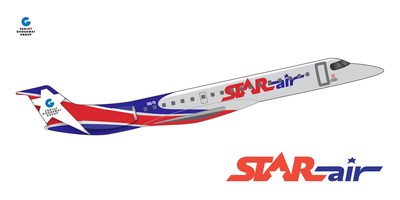 On 6th November 2019, Star Air is scheduled to connect these two regions by starting its commercial operations between Hubballi (Northern Karnataka) and Hindon (Delhi) in one mega launch ceremony at Hubballi Airport.

With its successful commencement, Star Air would create history by becoming the first airline in India to connect these two geographically disperse but strategically and commercially important regions with affordable and accessible air travel services. This route would also be the longest commercial air travel route under the UDAN scheme till date.

Honorable Chief Minister of Karnataka Shri B. S. Yediyurappa is touted to grace this mega launch with his distinguished presence which is also widely speculated to be attended by many other prominent dignitaries coming from all walks of life including media barons, business tycoons, premier bureaucrats among others.

Star Air has already started sales for this route on 7th October 2019 and is very delighted with customers’ overwhelming response. It is scheduled to provide its non-stop services between Hubballi and Hindon on frequent intervals that too at an introductory price of just INR 3699 only.

Star Air operates under UDAN and thus provides almost 50 percent of its tickets at a very reasonable cost. Recently, it has also announced its much-awaited ‘Diwali Dhamaka Sale’ to make air travel even more accessible and economical to every citizen of India.

Currently, Star Air provides its services to six Indian cities like Mumbai, Bengaluru, Ahmedabad, Tirupati, Hubballi and Belagavi. Hindon would be the 7th on the list with many more cities in the queue to join Star Air’s chart in the months to come.

Sanjay Ghodawat Group is a diversified Indian business conglomerate having its headquarter near Kolhapur, Maharashtra. It has its presence in various high valued sectors like Aviation, Consumer Products, Education, Energy, Mining, Realty, Software and Textiles. The group was incepted in 1993 and since then it has witnessed an impressive growth under the splendid stewardship of its Founder and Chairman- Mr. Sanjay Ghodawat. It employs more than 10,000 people globally. 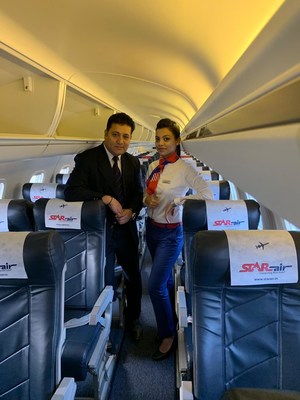