Social capitalism is at the peak of the trend: in a period of social upheaval, Igor Rybakov and other billionaires launch social preschool program

2020 seemed cruel to the world’s population – it is impoverished, the second wave of COVID-19 is coming. In these conditions, billionaires decide to take control of the situation and launch social programs

MOSCOW, Oct. 5, 2020 /PRNewswire/ — Russian billionaire Igor Rybakov has launched a network of schools and kindergartens – the Rybakov PlaySchool. Igor Rybakov and his wife Ekaterina (Silver Stevie Award Winner in nomination Female Executive of the Year) are the founders of the Rybakov Foundation, which aims to provide high-quality education for everyone in accordance with the Sustainable Development Goal 4, set by the United Nations. That is why the Rybakov Foundation and its program the Rybakov Academy will provide grant support for education at the Rybakov PlaySchool for children from low-income families. 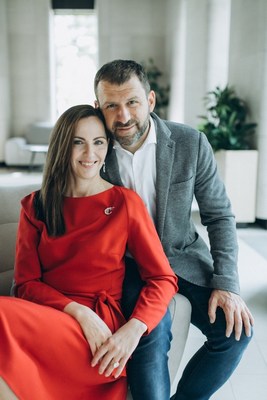 International network of kindergartens and primary schools – the Rybakov PlaySchool will also sell a franchise. Igor Rybakov has invested $3,800,000 into the project and aims to make it the most widespread educational project with 1,000 PlaySchools by 2025 and 10,000 by 2035. In 2022, Igor Rybakov intends to invest another $10 million to make the network global. He invites entrepreneurs to co-invest up to $10 million.

The Rybakov Foundation has been accelerating education for 5 years, in 2016, the Foundation developed a preschool program – “PRO Kids“, which is based on the cultural and historical approach to education developed by Lev Vygotsky – famous Soviet psychologist and pedagogue. Also this program was inspired by the “Tools of the mind”. The technologies of this program are used by 1200 educators in 36 regions of Russia. Moreover, the foundation has developed the concept of “School is the center of society” and has already supported more than 3,500 schools.

Igor Rybakov – entrepreneur, co-founder of the Rybakov Foundation: “Human personality is formed during the first 10 years of life. It is important not to miss this time. That is why we provide kids from low-income families with educational grants to provide them with an independent future”.

This is certainly the approach taken by many billionaires including Jeff Bezos, who announced that a free preschool for children coming from low-income families would be launched in October.