TAOYUAN, Taiwan, March 29, 2021 /PRNewswire/ — Taoyuan, the gateway of Taiwan, has the largest airport in the nation, the Taoyuan International Airport, which is an air travel hub in East Asia, prepared without fear for the pandemic, Taoyuan joined this year as the co-organizer of Smart City Summit and Expo. It will even host Bilateral Gov x Biz Webinars with City of Prague, Czech Republic, Nigeria’s International Trade Facilitation Association and City of Medellín, Colombia, for cross-border networking. Over 30 companies from both sides will join one-on-one B2B matchmaking in the virtual sessions. On the other hand, Taoyuan will showcase a variety of solutions online as well, according to Taoyuan City Government. 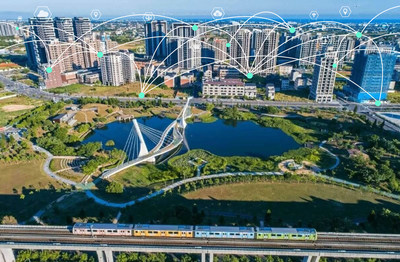 Earlier this year, Taoyuan experienced an outbreak of COVID-19 in the hospital but made a successful block thanks to technological applications. For example, the “Hot Spot Warning Signal” was a smart tourism solution to lower the risks of cluster infection and received good feedback. The Taoyuan citizen card is not only the most useful citizen card in Taiwan, but an important tool for real-name registration. The citizen card provides all-in-one services on municipal service, social welfare, entertainment, transportation, education, and micro payment. The award-winning application even impressed French government, which is successful case of city diplomacy.

The industrial density is the highest in Taiwan with comprehensive industrial communities and supply chains, such as Apple and Tesla supply chains. Among the top 500 domestic manufacturers, over one third is based in Taoyuan, which contribute NTD 3 trillion industrial output value a year in terms of the highest one of the nation.

With its industry growing fast, Taoyuan attracts people from other cities and overseas, and shapes a diverse face of the population.

Moreover, Taoyuan is the base of the national program, Asia Silicon Valley Development Agency (ASVDA). Under the leadership of Mayor Cheng Wen-Tsan, the “Hutoushan Innovation Hub” was established as the country’s only science park for 5G V2X. In the future, it plans to recruit companies with high-end technologies in 5G network or AIoT. With the proximity to the Airport, Taipei Port, High Speed Rail, and Mass Rapid Transit, the charm of Taoyuan Aerotropolis and ASVDA are drawing attention of high-tech industry and setting Taoyuan City a new innovation hub in Asia-Pacific, bringing an economic growth domestically.

Welcome to visit the event to read more: https://smartcityonline.org.tw/pavilion.php?vip=taoyuan

Globe pioneers data as currency in the Philippines