NEW DELHI , May 23, 2022 /PRNewswire/ — Companies globally are in the lookout for real time data to analyse the market and gain more insight to help them better their performance. This need to be able to predict and plan has led to a surge in the demand for skills in Big Data and similar profiles. According to an employment trend report by Monster, 96% of companies are likely to plan to hire new workforce with relevant skills to fill future big data analytics related roles in 2022. 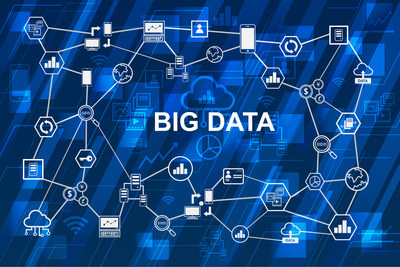 Muskan Handa, a final year student of B.Tech. (Hons.) CSE Big Data at School of Computer Science, UPES, has been offered an annual package of 48 lakh per annum from Microsoft which indicates the in-demand for roles in Big Data.

On being recruited by Microsoft, Muskan Handa says, “I performed well in the first round and to my delight they asked me to appear straight for the final round. Within 24 hours I received my selection email, and I have never felt happier.” She always wanted to pursue Big Data and adds, “The concept of Big Data has been around for a while, but it was not until recently that Big Data has revolutionized the business world. What interested me is the role big data and analytics play in organizations looking to harness their business potential which made me choose this field.”

Dr Sunil Rai, VC at UPES says, “The demand for analytical roles is increasing and private and public organisations are hiring people with the ability to understand complex data and turn them into intelligent information.”

“Owing to our robust industry connect and alliances, we understand that tech enabled industries will flourish. We at UPES are therefore helping students’ skill and upskill themselves in these areas. We also provide them with interdisciplinary knowledge which further enables our students to land such impressive roles”, he adds.

While Muskan embarks upon her new journey, she advises young students to inculcate discipline and says,”I believe in quality rather than quantity. I was a beginner too and needed to grasp things quickly, but I also had the fear of missing out on topics or skills that might be asked in interviews or tests. To beat that, I focused on developing one skill at a time instead of 3-4,” and adds that one should not be afraid of people’s opinions and focus on their goals.

Established in 2003 through the UPES Act, 2003 of the State Legislature of Uttarakhand, UPES is a UGC-recognized university and has been accredited grade ‘A’ by NAAC.  National Institutional Ranking Framework (NIRF), Ministry of Education, has ranked UPES amongst the top 100 universities to study in India, School of Engineering at UPES has been ranked 91 among 300 institutions, School of Business is ranked 46 amongst 100 institutions and School of Law is amongst top 25 institutions in India. The university has received 5-Stars on Employability (placements), by globally acclaimed QS Rating, with 90%+ placements over the last few years.

UPES offers graduate and postgraduate programs through its eight schools: School of Engineering, School of Computer Science, School of Design, School of Law, School of Business, School of Health Sciences & Technology, School of Modern Media and School of Liberal Studies.