SICHUAN, China, Dec. 15, 2021 /PRNewswire/ — The preliminary results of the first field survey of biodiversity in Deyang Park, Sichuan Giant Panda National Park, China that was completed a few days ago have shown that this survey has obtained several activity traces of giant pandas and pheasants. It has discovered and recorded the distribution of 41 other wild animals in the same area, which has proven the rich biodiversity. 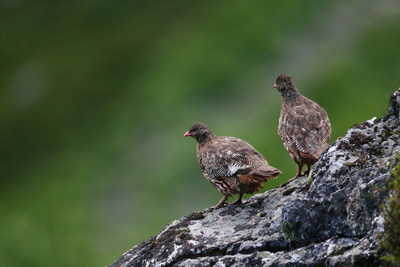 In order to further find out the “family background” of protected animals and disclose their survival law, the survey of biodiversity in Deyang Park, Sichuan Giant Panda National Park, China has been officially initiated in October 2021. The objective of the survey is to understand the status of giant pandas, pheasants, rare animal and plant species in Deyang Park, and further monitor the small population of giant pandas in Jiuding Mountain.

This survey has adopted the method of combining the line transect method with the infrared camera technology, focusing mainly on giant panda and pheasant species. The staff has set two different periods of this project upon the breeding season and non-breeding season. Professionals were taking pictures in the field to obtain images of pheasant species and their coextensive animals, habitats, landscapes, etc. and collect the trace information of wild animals in the meanwhile.

The survey team arrived at the site on October 25th. The project was divided into four areas, namely “Shifang area”, “Mianzhu area”, “Hanwang area” and “Maoxian area in the northwest”, and performed parallelly. The first field survey has been fully completed at the moment. What is noteworthy is that the feces samples of giant panda collected during the survey have been sent to Chengdu Research Base of Giant Panda Breeding for analysis.

According to the report, Sichuan Province has initiated a DNA filing campaign for the wild giant panda in 2015 in order to extract the DNA of them and then dispatch “ID cards” to each of them. The fresh feces samples of giant panda collected in Deyang will also undergo DNA tests. The first “Giant Panda ID Card” in Deyang Park will be issued If the result is successful.

Three species of pheasants, namely Tetraogallus Tibetanus, Perdix hodgsoniae and Lerwa lerwa were newly found in this survey. There are 12 species of pheasants with distribution records in Deyang Park of Giant Panda National Park, which has proven the rich biodiversity here.