SAN FRANCISCO, June 1, 2022 /PRNewswire/ — Today, SHŌ Group (formerly JSSK Group) emerged from stealth mode to reveal the highly anticipated projects the group has been developing since announcing the signing of their first lease in September 2019.

AN EXPERIENTIAL HOSPITALITY PLATFORM
SHŌ Group is an experiential hospitality platform that builds communities through the creation of one-of-a-kind guest experiences across fine dining, nightlife, and retail food concepts. The team is led by food and technology entrepreneur Josh Sigel, and SHŌ’s namesake celebrated chef of Silicon Valley’s elite and award-winning Chef, Shotaro (“Sho”) Kamio. Kamio’s solo venture, Iyasare, which opened on Fourth Street in Berkeley in 2013, has been his most recognized and highly acclaimed project to date. Investors in SHŌ Group include Salesforce, Erica and Jeff Lawson (CEO of Twilio), Craig Ramsey (Founder of Vlocity), Dan Springer (CEO of DocuSign), and Drew Houston (CEO of DropBox). SHŌ Group has also partnered with Carlo Serafini and Ed Lambert from Bay Area-based Bridge Bank for its banking needs.

ICONIC LOCATION
The group’s first restaurant project, SHŌ, will introduce a culinary entertainment and nightlife experience never before seen in the Bay Area. SHŌ will be perched atop San Francisco’s newest landmark in the heart of the city, the Transbay Joint Powers Authority’s Salesforce Transit Center. The restaurant is located on the Center’s roof, a 5.4-acre public urban oasis in the sky called Salesforce Park. To honor and elevate the restaurant’s world-class location, SHŌ Group has partnered with the San Francisco studio of lauded international design firm AvroKO, who are behind some of the world’s most iconic restaurants; as well as AvroKO’s award-winning sister studio, Brand Bureau, who created the SHŌ brand.

EXPERIENTIAL CUISINE
The culinary experience will be as unique and exciting as the space itself. Chef Sho will offer a Japanese culinary tradition never before introduced in the U.S.: Irori dining, a rustic farmhouse cuisine, which SHŌ plans to center around a 40-square foot fireplace using only charcoal and kindling to produce the fire for cooking fresh, local ingredients. The rooftop Sky Lounge will feature a modern Japanese sushi bar, tapas, and small dishes. At the helm of SHŌ’s sushi offering will be Bay Area sushi master and Michelin Star Chef, Masaki Sasaki.

“SHŌ will be the culmination of my culinary creativity inspired by seasonality, simplicity, and surprise. It is a privilege to introduce Irori cooking to the U.S. in a once-in-a-lifetime location,” said Kamio. “Cooking by fire the way Japanese farmers and common folk did for centuries yields umami-laden dishes that delight, drive conversation, and restore the sense of community that once abided by the fireplace.”

In addition to their restaurant concept, SHŌ Group has also announced SHŌ Market, a Japanese food market that will be located on the ground level of the Salesforce Transit Center.  Guests of the market will choose from a selection of freshly made bento boxes featuring the same quality ingredients as SHŌ.  Additionally, SHŌ Market will offer grab-and-go fresh salads, street-food inspired dishes, prepackaged treats, curated sakes, and a selection of beautiful handcrafted home goods.

GLOBAL NFT
SHŌ Group will soon be launching an exclusive NFT-based membership club providing its members access to immersive experiences and specialized services across the SHŌ Group platform initially centered around its flagship restaurant, SHŌ. Offered as an NFT, the SHŌ Club membership becomes an asset to members. It is publicly verifiable on the blockchain and can later be sold or transferred on the secondary market. Utilizing NFTs supports the group’s mission to create communities that inspire people to discover, grow, support, and connect, providing members with exponential value for many years to come.

SHŌ Club will have three membership tiers, all of which will grant access to a members-only menu and private lounge located on the rooftop level of the restaurant. A dedicated SHŌ Club concierge will be accessible to all members 24-hours a day, 7-days a week, offering priority reservations, a courtesy car for pick up and drop off, and to ensure that every SHŌ experience moment is effortless and memorable. The mid-tier membership will provide additional benefits, including uniquely curated Omakase dinners featuring celebrity guests, mastermind groups, and educational programming. The highest level of membership will grant ownership-like benefits and include a once-in-a-lifetime highly curated trip to Japan that will provide unprecedented access to unique experiences and locations not available to the public.  All initial SHŌ Club members will be known as founding members and will hold the only lifetime global access membership. Founding members will have access to all future SHŌ Group venues and experiences.

“SHŌ Group aims to defy expectations and shift perspectives through meaningful moments and interactions that rewrite the rules of hospitality,” said Josh Sigel, CEO of SHŌ Group. “We could not be more excited to bring a world-class culinary and much-needed nightlife experience to the Bay Area along with SHŌ Club, one of the first global NFT-based experiential hospitality clubs. San Francisco is just the beginning.”

For more information on the SHŌ Group or on obtaining a SHŌ Club membership, visit https://shogroup.com, or follow us on Twitter at @shoclubsf.

ABOUT SHŌ GROUP
SHŌ Group is a global experiential hospitality platform that builds communities through the creation of one-of-a-kind guest experiences across fine dining, nightlife, and retail food concepts. In 2023, the group’s first set of experiences will debut in San Francisco, including SHŌ, its namesake Japanese Restaurant set atop San Francisco’s iconic landmark, Salesforce Park, SHŌ Market, a Japanese food retail concept, and SHŌ Club, an exclusive NFT-based membership club providing its members access to unique experiences and services across the SHO Group platform initially centered around its restaurant, SHŌ. 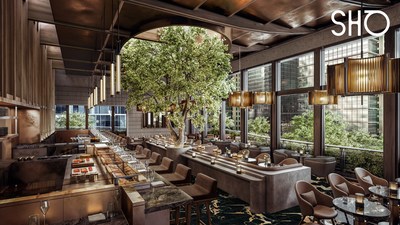 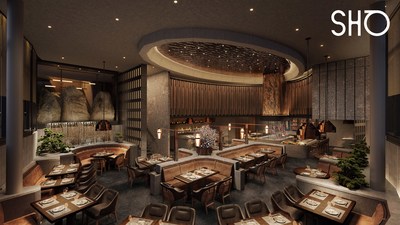 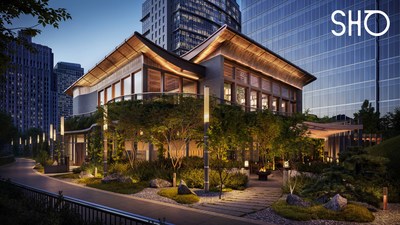