Shell starts production at Appomattox in the Gulf of Mexico

First structure in Norphlet comes online ahead of schedule, below FID estimate

HOUSTON, May 23, 2019 /PRNewswire/ — Royal Dutch Shell plc, through its subsidiary Shell Offshore Inc (Shell) announces today that production has started at the Shell-operated Appomattox floating production system months ahead of schedule, opening a new frontier in the deep-water US Gulf of Mexico. Appomattox, which currently has an expected production of 175,000 barrels of oil equivalent per day (boe/d), is the first commercial discovery now brought into production in the deep-water Gulf of Mexico Norphlet formation. 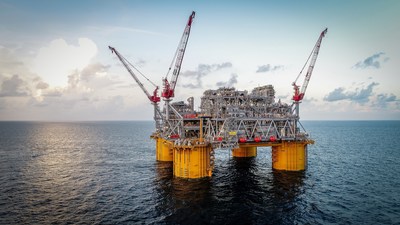 “That Appomattox was safely brought online ahead of schedule and far under budget is a testament to our ongoing commitment to drive down costs through efficiency improvements during execution,” said Andy Brown, Upstream Director, Royal Dutch Shell. “Appomattox creates a core long-term hub for Shell in the Norphlet through which we can tie back several already discovered fields as well as future discoveries.”

Appomattox is a story of efficiency through innovation. By way of optimised development planning, better designs and fabrication, and expert drilling execution, Appomattox has realised cost reductions of more than 40% since taking final investment decision in 2015. The start of production at Appomattox is only just the beginning of further maximising the flow of resources in the prolific Norphlet surrounding Appomattox.

Shell’s global deep-water business has a strong funnel of development and exploration opportunities in Brazil, the US, Mexico, Nigeria, Malaysia, Mauritania, and the Western Black Sea.  Production worldwide is on track to reach more than 900,000 boe/d by 2020 from already discovered, established reservoirs. The company continues to be one of the largest leaseholders in the US deep water and remains one of the most prolific offshore producers of oil and natural gas in the Gulf of Mexico. Shell designs and operates its deep-water projects to be competitive and, since 2014, has reduced its unit development costs and unit operating costs by about 45%.

The companies in which Royal Dutch Shell plc directly and indirectly owns investments are separate legal entities. In this release “Shell”, “Shell group” and “Royal Dutch Shell” are sometimes used for convenience where references are made to Royal Dutch Shell plc and its subsidiaries in general. Likewise, the words “we”, “us” and “our” are also used to refer to Royal Dutch Shell plc and its subsidiaries in general or to those who work for them. These terms are also used where no useful purpose is served by identifying the particular entity or entities. ”Subsidiaries”, “Shell subsidiaries” and “Shell companies” as used in this release refer to entities over which Royal Dutch Shell plc either directly or indirectly has control. Entities and unincorporated arrangements over which Shell has joint control are generally referred to as “joint ventures” and “joint operations”, respectively.  Entities over which Shell has significant influence but neither control nor joint control are referred to as “associates”. The term “Shell interest” is used for convenience to indicate the direct and/or indirect ownership interest held by Shell in an entity or unincorporated joint arrangement, after exclusion of all third-party interest.

We may have used certain terms, such as resources, in this release that the United States Securities and Exchange Commission (SEC) strictly prohibits us from including in our filings with the SEC.  U.S. Investors are urged to consider closely the disclosure in our Form 20-F, File No 1-32575, available on the SEC website www.sec.gov.