She one of Asia’s Top 30 Under 30 and one of Top 30 Women Transforming India. Meet UTS alum Madhavi Shankar. 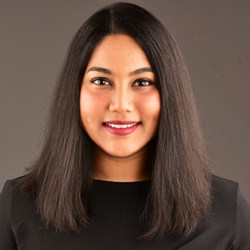 When Madhavi Shankar was studying her Master of Business Administration and Master of Engineering Management at the University of Technology Sydney (UTS), she didn’t know that one day she’d be the co-founder and CEO of one of India’s fast-growing start-ups.

In fact, when Shankar first arrived in Australia, all she was focused on was the opportunity to live a more independent life.

“I really wanted the international student experience,” she says.

“Here in India, we live with our parents through university, but I wanted to experience independence and freedom and really figure out the rest of my life on my own.”

The company is growing rapidly. After launching in 2017 with three university and school customers, SpaceBasic now provides services to more than 70 customers and 200,000 users across six cities in India. For her efforts, Shankar was named one of Asia’s Top 30 Under 30 for 2020 by Forbes, as well as one of the Top 30 Women Transforming India for 2019 by NITI Aayog and the United Nations.

But these accolades aren’t solely the result of running a successful business – Shankar is also a champion of women, a commitment she takes very seriously. Through the Pledge 1% corporate philanthropy movement, she commits one per cent of SpaceBasic’s time and profits every year to educating women

“Education is really the first step towards independence for women, not just in India but everywhere,” she says.

While her life and work are now firmly focused on India, Shankar’s time at UTS was a major contributor to her success. She says her course equipped her with the crucial skills required for an entrepreneurship career.

Those same skills led to her becoming a founding employee of an early-stage start-up in Sydney after graduation where she gained the experience of taking a new business from concept to reality.

“The way UTS courses are structured, it’s communicative, it’s practical, as well theory-based, so it’s a good blend of all three, so that way students are getting real experience as well as gaining information,” she says.

Her Australian experience has also helped her stand out among her professional network – “It definitely shows that I have international exposure,” she says – but perhaps more importantly, it’s given the confidence in her own ability to succeed.

“Starting a company is a risky decision for most people. If I didn’t have this exposure at university in general and in my work workplace, I don’t think I would have felt that I had it in me,” she says.

The University of Technology Sydney (UTS), located in central Sydney, is one of Australia’s leading universities of technology. It is known for fusing innovation, creativity and technology in its teaching and research and for being an industry-focused university. UTS has a total enrolment of more than 40,000 students and is rated No.1 ‘young’ university in Australia in the QS rankings. For more information go to uts.edu.au.