Saudi Arabia unveils more than US$6.4 billion in technology and startup investment at LEAP22 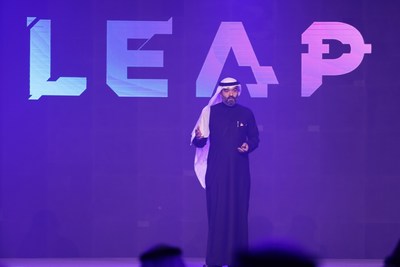 The announcements were made at LEAP22, the new international technology platform taking place in Riyadh.

The investments and initiatives include the launch of Aramco Venture’s Prosperity7 fund with US$1 billion, and a billion dollar investment from NEOM Tech & Digital Company with a focus on future technologies. As part of its investment, NEOM announced the launch of the world’s first cognitive metaverse, XVRS that will serve residents and visitors of the smart giga-project, and M3LD, a personal data management platform that gives back control of data to the user.

LEAP also saw the launch of The Garage, a new platform for start-ups, investment and entrepreneurship by King Abdulaziz City for Science and Technology (KACST).

J&T Express Group, one of the world’s fastest-growing logistics companies, announced an investment of US$2 billion with eWTP Arabia Capital and other partners, to establish its MENA headquarters in Riyadh, and set up an extensive network of smart logistics in Saudi Arabia.

Saudi Arabia’s technology sector is worth more than US$40 billion. The new investments announced at LEAP22 are part of the Kingdom’s ongoing plans to transform into an innovation-based economy, which have already seen the country become one of the fastest-growing new markets for Fintech and digital content in the region.

“These investments and initiatives are a manifestation of the Kingdom’s push toward the growth of the digital economy for the greater good of people, the planet and the prosperity of the MENA region. They mark the next level of growth for the digital economy in Saudi Arabia, the MENA region’s largest technology and digital market,” said H.E. Eng. Abdullah Alswaha, Saudi Minister of Communications and Information Technology.

LEAP is set to become the world’s largest debut technology platform. It will spotlight the entire innovation ecosystem, connecting pioneers and disruptors with business and government leaders, entrepreneurs, investors and more to experience and learn about the technologies of the future.