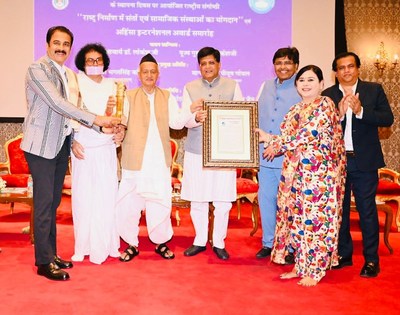 SGF has done considerable charitable work across its various programs under the guidance of philanthropist Mr Sanjay and Mr Sajan Shah, Memory Man of India. During the pandemic, it has distributed over 5 lakh food packets to those displaced due to the lockdown. Many migrants who were stranded for days together found relief in such help offered in form of food packets, drinking water and other daily essentials.

SGF ran a full-fledged Covid Care Centre at Atigre (Kolhapur), with expert doctors, lifesaving equipment and professional health care facilities. Over 30, 000 patients were treated at this centre. This was done in association with Sanjay Ghodawat University using its hostel building infrastructure for this noble cause.

SGF has also taken Mauli Old Age Home under its aegis. Many elderly people who have been displaced from their home find Mauli as their shelter for comfort. SGF, for the last year has been ensuring that the facility is well equipped with all essentials and is also looking at expanding the same to accommodate more people.

SGF time and again has helped multiple causes for the betterment of society. Be it the plantation of over 3 lakh trees or taking a forefront control of restoring and helping flood-affected areas of Kolhapur and Sangli through various initiatives.

A role model for youngsters and an inspiring personality, Mr. Sanjay believes in giving back to society what is rightfully earned from it, stating, “I am humbled and honoured to receive the prestigious Ahimsa International Award and is a testament to all of the hard work and effort put in by the team of SGF. Charity, philanthropy, uplifting others, etc are the real jewels that every successful person should wear. The kind of positive radiance it creates not only brings transformative changes in the lives of others but also gives you the highest level of satisfaction that no other materialist thing in the world can offer. Do remember, the power of philanthropy is immense and its results are always beyond numbers.”

Below are few of the other activities undertaken by SGF –

Sanjay Ghodawat Group (SGG) is a prominent Indian business conglomerate that has a presence in various high-value business verticals. Aviation, Consumer Products, Education, Energy, Mining, Realty, Retail, and Textiles are some of its key business domains. SGG was founded in 1993 and since then it has witnessed impressive growth under the splendid stewardship of its Founder and Chairman – Mr. Sanjay Ghodawat. It has a strong base of millions of customers globally, an employee strength of over 10,000, and a student base of over 16,000. SGG is moving ahead with great vigour and bringing significant changes in people’s lives with its wide range of high-quality products and services.