Sabhyata Takes a Step Towards Redefining Relationships This Diwali

– Celebrates the spirit of an Indian household in its true essence 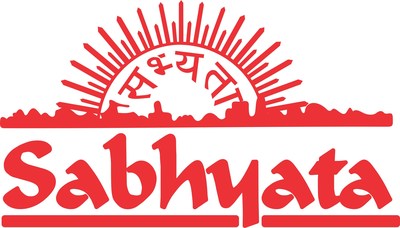 This campaign by Sabhyata is an initiative to redefine the relationship between a daughter-in-law and her mother- in-law. Through the infamous domestic Saas-Bahu war around Shaam ki chai, the video showcases how when both women refuse to budge from their point, making one of them move to the kitchen seems to be an impossible task.

Finding himself in a difficult situation for having to keep up as an ideal son for the mother’s sake and an ideal husband for the wife’s sake, the man of the house is found going back-and-forth to reach the unconventional answer. Having absolutely zero knowledge of the technical know-how near the stove, he moves in to rescue the festivity of the day.

Commenting on the launch of this new Diwali Campaign, Chayan Verma, Head of Marketing, Sabhyata said, “Sabhyata has always focused on changing perceptions which is reflected in our clothing range as well. We have rediscovered the traditional salwar-kameez to an outfit which makes a woman both stylist and confident. This Diwali, through our new festive brand campaign, we take another small step aimed at redefining the stereotyped relationships by showcasing the changing dynamics in an Indian household.”

The brand film will be widely broadcasted on social media and other digital platforms. With a motive to redefine ethnicity, Mr. Anil and Mr. Pankaj opened up Sabhyata’s first store in Delhi at Lajpat Nagar in the year 2003, and this year marks the 100th store launch for Sabhyata in India.

Founded in 2003, Sabhyata is a true reflection of Indian Ethnic wear catering to women from all walks of life. Today, Sabhyata has its presence in 45 cities and 17 states with over 110+ stores in India.