Simon Zhang was officially appointed as the Global CEO at a recent Ries global partner meeting in Shanghai. The meeting focused on helping Chinese companies navigate through global competition, and it engaged partners from North America, South America, Europe, the Middle East, and Asia. Also at the meeting, the Ries global leadership team was set up, with members including Global Co-chairs Al Ries and Laura Ries, Global CEO Simon Zhang, and Europe-based Global Partner Michael Brandtner.

Ries company was founded in the United States in 1963 by Al Ries, the founder of the positioning theory, which has been hailed as the most influential concept in the marketing field in the United States. In 2007, Al Ries, together with Peter Drucker, Warren Buffett, Jack Welch and Steve Jobs, was named one of the “Top 10 Business Gurus”. Over the past 50 years, Ries Strategy Positioning Consulting has leveraged the positioning theory to help build up numerous leading global and regional brands.

Al Ries and Laura Ries speak highly of Simon Zhang’s contribution to promote the positioning theory. Simon Zhang has proposed the category strategy to improve the theory system, and it has effectively driven corporate innovation and growth. Al Ries noted that “China is playing a dominant role among global markets in the 21st century, and it is also embracing unprecedented opportunities for global development. The successful practice of the positioning theory in Chinese enterprises indicates that it will unleash huge potential in the global markets. We believe that under the leadership of Simon, Ries Strategy Positioning Consulting will help create more successful global brands.” 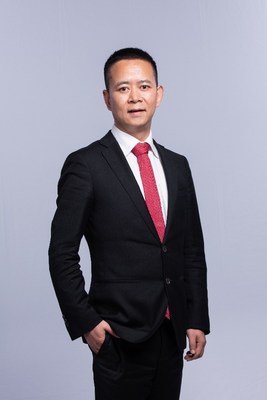 Simon Zhang said, “It is a great honor to have the trust of Mr. Al Ries, father of positioning, Ms. Laura Ries and other global partners. I believe that in the 21st century, global competition and category building are the two most important trends. Therefore, we will step up efforts to support global companies build up their global brands and foster category innovation. We will take the United States and China as the core battlefield, with India, Brazil, Germany, and Russia as the key markets. We will further expand our global service network to ensure that our positioning theory is better implemented and applied in the global markets.”