Valletta, Malta, Sept. 22, 2022 (GLOBE NEWSWIRE) — REX, an advanced certificate of deposit style cryptocurrency launched on Binance Smart Chain, providing a new time-based investment option for investors. Time-based investments and bonding financial tools have been around for many years in the Traditional Finance (TradFi) world and have recently made their way onto blockchains, replacing centralized banking institutions with decentralized code-based protocols. These new technologies invite innovations in the financial models, making additional features and flexibility possible for the first time. 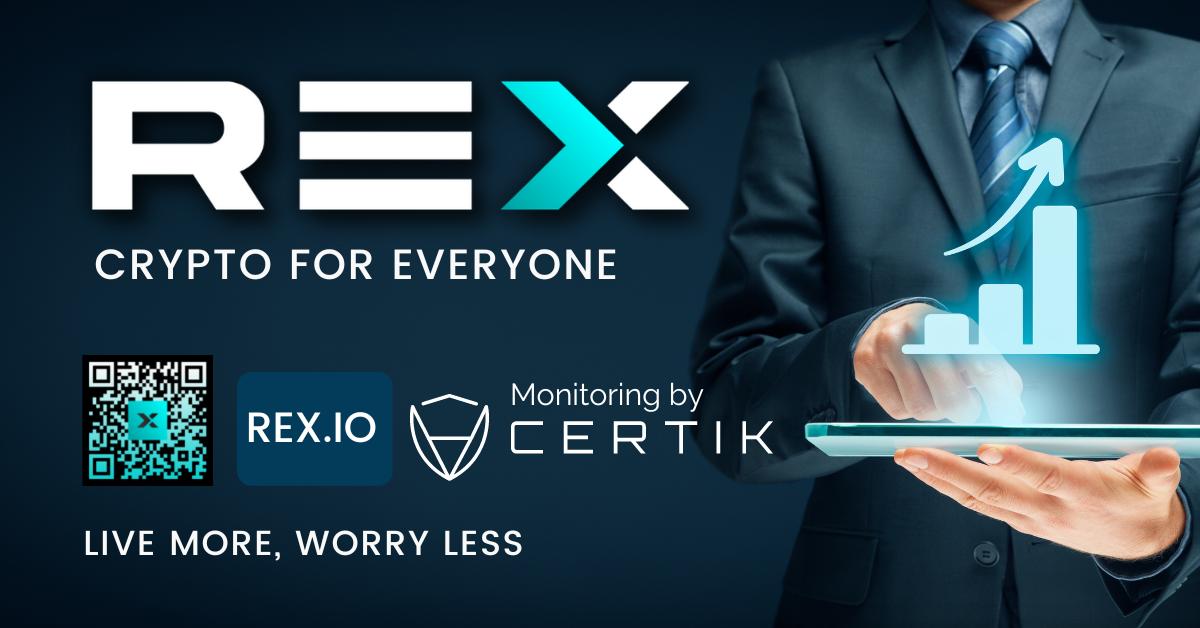 REX is a decentralized blockchain-based cryptocurrency utilizing smart contracts to provide highly rewarding and flexible time-based investments and bonding financial tools.  Specifically, REX smart contracts provide a native investment option, called “staking”: locking up tokens for a period of time to gain rewards. This is comparable to a time deposit or certificate of deposit (CD) in traditional finance, but with more flexibility and greater possible gains.

In crypto speech, REX is a staking token, so participants buy REX and stake it over time to earn more REX. The additional REX earned by stakers comes from new REX that is minted each day, causing the REX supply to increase, or inflate, over time. The REX token supply inflates by 12.9% per year. This inflation is created by the contract and distributed to the stakers.

Staking tokens are not new to Decentralized Finance. Tokens with basic staking functionality exist already, like the cryptocurrency HEX that reached a Market Cap of more than $50 Billion and proved staking a valuable investment option.

For example, in REX it’s possible to name stakes (to keep track of their purpose), split stakes (for instance, in a divorce), transfer an active stake to another address (for example, as a gift) and even withdraw already-earned staking rewards while a stake is active (instead of having to emergency-end it early). The user may also choose to create a stake as revocable (the stake can be ended early and the user can withdraw staking rewards before maturity) or irrevocable (the stake can’t be ended early and the user can’t withdraw staking rewards before maturity) to increase its Annual Percentage Rate (APR).

REX has also introduced the concept of booster tokens, TREX and MREX, that allow users to enhance their staking, auction and stake DEX experience.

Another example of innovation in REX is a new native decentralized exchange (DEX) for active stakes; a user may buy and sell active stakes on this built-in exchange without using any third-party or middlemen – a first in the Decentralized Finance (DeFi) space. This makes a REX STAKE itself a cryptocurrency, opening new possibilities for its users and maybe serving as a role model in DeFi.

To ensure a top-level of long-term safety for its users, REX smart contracts have been fully and independently audited by three industry leading auditing companies: CertiK, Solidity.Finance and TechRate.

Visit rex.io as a starting point for further investigation.