RIYADH, Saudi Arabia, April 12, 2022 /PRNewswire/ — Saudi Arabia is witnessing an international competition that tests the sound performance in reciting the Holy Quran (the Holy Book in Islam) and delivering adhan (the call to prayer in Islam). The competition is the first of its kind that bears such historical weight. 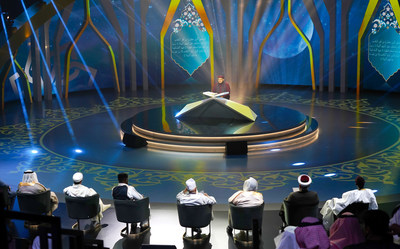 The competition, launched by the entertainment authority in Saudi Arabia, highlights two of the most famous and oldest sound arts in the world. The history of Quran recitations and recording them for the first time dates back to the middle of the 7th century AD. The recitations were reported by Prophet Muhammad, and were transmitted by his companions to their followers, and so on. The same can be said about the methods of delivering the call to prayer.

The competition is broadcast on the Scent of Speech (Otr Elkalam) show on the official state TV during Ramadan. The performance of the qualified contestants is subject to the evaluation of a panel of 13 international judges, selected with different specializations in phonetics, language, grammar, and others, to ensure that the most beautiful, skilled and quality voices win a total prize pool of $3.2 million.

Meta Comies is coming soon, where the privacy, security and the endless fun are