MUMBAI, Jan. 28, 2020 /PRNewswire/ — “The consumption of technology is set to go to the next level in the year 2020, the voice will take the central stage, smartphones will redefine image capturing and processing and adoption of smart wearable devices will be on an upswing.”
By Mr. Rajesh Goenka, Director, Sales & Marketing, RP tech India 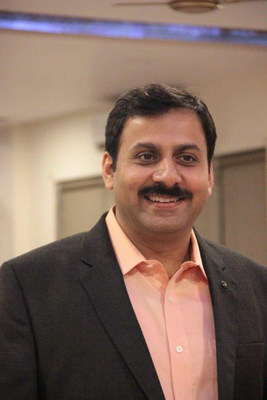 Voice To Get Greater Command

With the growing popularity for voice-based applications, the voice assistant solutions industry is set to get greater command in India. The 2019 Accenture study reveals that virtual digital assistant is the fastest-adopted technology in India with 97 per cent satisfaction rate among Indian consumers. The proliferation of smart devices such as; smart speakers, smart TVs etc. and growing preference to voice searches on digital platforms are fueling the demand for voice-enabled chatbots/ voice bots across the industry verticals.

Organizations, especially service businesses have realized the potential of voice-based applications for better customer experience. Therefore, banking and finance institutions, insurance firms, e-commerce etc. are rapidly shifting from text chatbots to interactive bots. Some of the companies have gone one step further by building their voice bots to provide personalized assistance to customers. Goibibos’ GIA, ICICI’s Ipal, ixigo’s ixibaba are some of the popular examples of digital vertical assistants.

While the voice-enabled smart assistant market is on steady growth in India, it largely supports English, restricting the possibilities in the regional languages. This is the area where Indian start-ups can play a pivotal role by going multilingual. At present, Google Assistant, Alexa, Cortana and Siri are the prominent players in the Indian market. However, as the demand for regional language support increases, we will see many domestic players introducing user/industry-specific multilingual virtual voice assistant solutions.

Smartphones will continue to become more powerful with increased computing power and storage. The camera will be the key differentiator for smartphone makers in 2020. The path-breaking innovations in camera meant for professional photography will further make the battle intense among the smartphone players in India. The high-quality camera smartphones with best audio quality are rapidly replacing the professional video cameras in entertainment and broadcast industries and expected to capture the substantial pie in conventional videography industry.

As smartphones are going high-end, batteries will also become more powerful with innovations like fast charging, reverse charging, reverse wireless charging and so on. Powerful batteries require energy-efficient cooling systems and thus, smartphone brands will bring battery cooling systems to address the issue of phone heating. Lastly, with the advent of 5G, technologies such as AI, AR, and VR will become more accessible for users, resulting a boom in the computing power.

The wearable market is a growth spree in India with a descent business of all the major wearable brands. The country became the third-largest wearable market with three million wearables shipped in the second quarter of 2019. Traditionally, the wearable market was dominated by wristbands. However, there is a growing popularity for ear-worn wearables, which is emerging as the fastest-growing lifestyle tech category. The increased awareness about fitness among Indian millennials is also fueling the demand for health trackers such as smartwatches giving growth prospects to wearable manufacturers and retailers with a decent margin.

Mr. Rajesh Goenka is responsible to formulate and drive the overall business operations and lead value-added programs at RP tech India. An Engineering and Management graduate, Mr. Goenka is a proven leader with a profound proficiency in building outstanding teams for execution of successful long-term business strategy.

A True Leader & Marketer in the ICT & Mobility business with over 20 years of industry experience, he is the catalyst for RP tech India’s consistent double-digit growth YoY. Prior to starting his innings in RP tech India in 2001, Mr. Goenka had successful stints in various MNCs including NVIDIA where he served as the Head of Marketing – India, Middle East & Africa.

One of the most popular IT Channel Chiefs in India, Mr. Goenka is the recipient of many coveted appreciations for his exemplary contribution to the growth of IT channel business from leading media publications. Mr. Goenka has been conferred one of the ‘Top 10 IT Channel Heads’ in India by IT Nations. DQ Channels featured him among the ‘Top 16 Distributor Chiefs’ in 2016. He was also shortlisted among the BEST CMOs in the Indian ICT industry in 2017 by VAR India. SME Channels recently featured him amongst the ‘Top CMOs in India in 2019.’

Leading technology brands have put their trust in RP tech India (a division of Rashi Peripherals Pvt Ltd), to penetrate the vast Indian market. Being one of the top 5 distributors in India, the company has partnered with over 9000+ partners, retailers, and customers in over 750 towns & cities. To cater to this vast customer base, RP tech India has branch & service operations in over 50 locations in India. The company has created a strong IT infrastructure and unique marketing platforms that have helped to put their partners on a pedestal. At 20+ % CARG YoY, RP tech India is one of the fastest-growing companies in India. Their vendor names include Audio-Technica, AMD, APC, ASUS, Belkin, Google Chromecast, Crucial by Micron, Dell, ECS, Fitbit, HP, Intel, Lenovo, Logitech, NVIDIA, Plantronics, SanDisk, Toshiba, TP-Link, Western Digital and many other world-renowned brands.

Exotel Partners With Syrow to Help Customers Improve Their Support