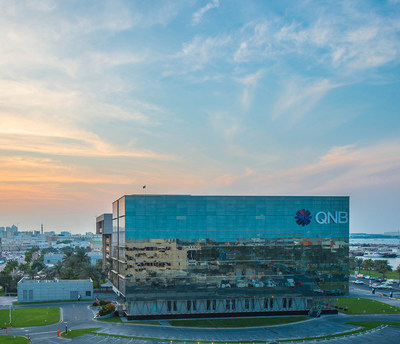 The Board of Directors have recommended to the General Assembly the distribution of a cash dividend of 60% of the nominal share value (QAR0.60 per share). The financial results for 2019 along with the profit distribution are subject to Qatar Central Bank (QCB) approval.

Solid growth in Loans and Advances by 10% achieving QAR679 billion (USD186 billion), contributed to the growth in Total Assets. This was mainly funded by strong customer deposits generation which helped to increase customer deposits by 10%, to reach QAR684 billion (USD188 billion) from 31 December 2018. QNB achieved healthy loans to deposits ratio of 99.2% as at 31 December 2019.

Operational efficiency resulted in a strong efficiency (cost to income) ratio of 25.9%, in addition to achieving sustainable revenue generating sources, which is considered one of the best ratios among large financial institutions in the region.

The ratio of non-performing loans to gross loans amounted to 1.9% as at 31 December 2019, one of the lowest amongst financial institutions in the MEA region, reflecting the high quality of the Group’s loan book and the effective management of credit risk. The Group’s conservative policy in regard to provisioning resulted in the coverage ratio at 100% as at 31 December 2019.

Group Capital Adequacy Ratio (CAR) as at 31 December 2019 amounted to 18.9%, higher than the regulatory minimum requirements of the Qatar Central Bank and Basel Committee.

QNB Group serves a customer base of approximately 25 million customers supported by 29,000 staff resources operating from more than 1,100 locations and 4,300 ATMs.

Booking.com Spotlights the Best in Travel With Its Traveller Review Awards 2020