QINGDAO, China, July 28, 2022 /PRNewswire/ — Qingdao, a coastal city in East China’s Shandong province, released a digital female figure on July 21, unveiling its first ever digital urban recommendation officer who is expected to help promote the image of the city.

Named “Qingdao Xiaoman”, which means “Qingdao girl”, the digital figure was created by the Qingdao-based company GOLDON under the direction of the Information Office of the People’s Government of Qingdao. She showed up in the huge outdoor naked-eye 3D screen at Parkson Shopping Center at Zhongshan Road on the night of July 21 as the “Cultural Tourism Ambassador of Shinan District”.

It is reported that Qingdao Xiaoman is 22, and never ages. She can speak various languages, and is very knowledgeable. She can travel through time and space to serve the city and the public with her abilities and talents. She is a steady, independent, decent and warm-hearted girl who sometimes may be a little bit lazy and naughty. She loves reading, singing, dancing, traveling and spotting delicious food, and hopes that she can help more people in the universe.

The digital figure incorporates cutting-edge technologies such as computer graphics, speech synthesis, motion capture, artificial intelligence and algorithm-driven technology. The smart girl will serve as a “guide” to interact in real time with the users in a multi-modal, low-delay way, leading them to tour the virtual city of Qingdao to experience the charm of local culture, scenery and food. She will be surely a good travel companion and friend for the tourists and citizens.

The digital figure is an epitome of Qingdao’s increasing application of digital technology in its development. The old city of Qingdao will transform into the big “Digital Culture Park”. The naked-eye 3D screen at Parkson Shopping Center, the biggest of its kind in the city, came into use the same day as Qingdao Xiaoman made its debut. A large-scale projection show is scheduled at the Catholic church on July 22. Citizens and tourists can enjoy the breathtaking light projection show on the century-old church while drinking beer and experiencing the AR short videos and creative cultural products.

Qingdao Xiaoman has a number of different professions, such as news anchorwoman, festival guest, hostess, cultural promotion ambassador, museum docent, social security educator, and urban public welfare volunteer. She is expected to help the users know better about the city and its culture.

The newly-minted IP-based digital figure is also stylish, and full of youth and vigor. She manifests the vision of Qingdao as a “thriving, wonderful and livable coastal city”, and shoulders the mission of carrying forward the cultural tradition of the city. It marks that Qingdao has entered the “fast lane” of digitalization. Digital technology is being applied everywhere from public services to the everyday life. Meanwhile, digital economy is growing, with new types of business springing up quickly. The picture of smart life is rolling out across the city. 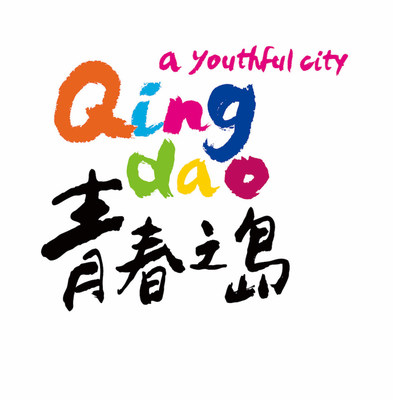