PwC : Three quarters of CEOs predict a return to growth in 2021

One year after COVID-19 was declared a pandemic, CEOs are voicing record levels of optimism in the global economic recovery, with 76% of global business leaders predicting that economic growth will improve in 2021. 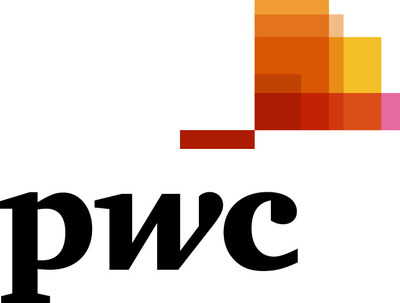 The figures come from PwC’s 24th Annual Global CEO Survey, which this year polled 5,050 CEOs in 100 countries and territories over January and February 2021.

The percentage of CEOs expressing confidence in growth is up from 22% in 2020 and 42% in 2019, representing the highest level of optimism since the survey started asking this question in 2012.

Optimism among CEOs over global economic growth is particularly strong in North America and Western Europe, with 86% and 76% of CEOs, respectively, from these regions predicting improved global growth in the year ahead.

“After a year of human tragedy and extensive economic hardship, it is encouraging to see that the people responsible for making investment decisions and hiring staff are feeling cautiously optimistic about the year ahead. CEOs have faith that growth will return, boosted by the rapid development of vaccines and their rollout in many parts of the world,” said Bob Moritz, Chairman of the PwC Network.

“During the tumultuous past year, CEOs have had to rethink and reconfigure what they do and how they do it, while dealing with stretched balance sheets and supporting employees who have been forced to navigate these extraordinary circumstances.

“CEOs now face two fundamental challenges: first, how to build trust with a broad range of stakeholders, whose expectations of business are higher than ever before; and second, how to adapt their businesses and deliver sustained outcomes in a rapidly changing external environment. Organisations that get this right will be best placed to come out of the pandemic as strong, resilient and productive businesses, able to withstand future shocks.”

CEO confidence in revenue growth rebounds to the long-term average

CEOs are more optimistic about the outlook for their businesses. Some 36% of those polled said they are “very confident” about their organisation’s prospects for revenue growth over the next 12 months, up from 27% of CEOs in 2020.

While global confidence is up, there is wide variation across industries, reflecting the varying degrees to which consumer behaviour has been impacted by the pandemic. CEOs in the technology and telecommunications sectors show the highest levels of confidence at 45% and 43%, respectively. Meanwhile, CEOs in the transportation and logistics (29%) and hospitality and leisure (27%) sectors are among the least confident about their ability to grow revenues over the next 12 months.

New political developments and existing tensions have had an impact on the views of US CEOs. They are reducing their emphasis on China as a growth driver and increasing their focus on Canada and Mexico; compared to 2020, US CEOs’ interest in the latter two countries rose by 78%. Meanwhile, China CEOs report growing interest in large economies such as the US, Germany and Japan — prime destinations for exports.

At 17%, Germany holds on to its number three spot on the list of growth destinations, while the UK, post-Brexit, moves up to number four (11%), surpassing India (8%). Japan also rises up the ranking to become the sixth most attractive growth destination, overtaking Australia which held that position last year.

In the year of COP26, climate change is not being approached with urgency

The percentage of CEOs expressing concerns about climate change has risen from 24% in 2020 to 30% in 2021. This represents only a marginal increase in the context of COP26, which is being held this year in Glasgow, UK. The finding also comes in the context of rising anxiety about nearly all types of threats.

Climate change still only ranks ninth among CEOs’ perceived threats to growth. Furthermore, another 27% of CEOs report being “not concerned at all” or “not very concerned” about climate change. This may be because climate change is not seen as an immediate threat to growth compared to other issues such as the pandemic, over-regulation and cyber threats.

However, 60% of CEOs have not yet factored climate risks into their strategic risk management activities, which is concerning as climate change poses increasing physical and transitional risk for business. At a country level, CEOs in countries with high exposure to natural hazards such as India and China are some of the least prepared for climate change risk.

While 23% of CEOs plan to significantly increase investments in sustainability initiatives as a result of COVID-19, almost one third of CEOs are planning no change at all.

Bob Moritz said: “To address the biggest challenges facing our world today, we need to change the incentives that drive decision-making. This requires the financial markets taking a broader view of value, beyond solely financial return and short-term value, so capital will flow to the right places. Better and comparable non-financial corporate reporting is crucial too, so stakeholders can see how companies are creating value for society and our planet, as well as meeting their financial objectives. Companies that get this right will enhance their brand and build trust with their stakeholders.”

Worries about cyber, tax policies and misinformation on the rise

Not surprisingly, pandemics and health crises[1] top the list of threats to growth prospects, overtaking the fear of over-regulation, which has been the perennial number one concern for CEOs globally since 2014.

Rising digitisation is increasing the risks posed by cyber threats. This, coupled with the significant increase in cybersecurity incidents in 2020 including ransomware attacks, has resulted in cyber threats leaping up the list to become the number two concern, cited by 47% of CEOs compared to 33% in 2020. Cyber threats are a concern particularly for CEOs in North America and Western Europe, where they are considered a greater threat than the pandemic.

Also rising rapidly up the list of CEO concerns is the spread of misinformation (28%, up from 16% in 2020), which has had an impact on elections, reputation, and public health – further contributing to a decline in trust across society.

In 2020, tax policy uncertainty ranked outside the top ten concerns for CEOs, with only 19% of CEOs concerned. This year, it has increased rapidly in importance, leaping up to seventh place (31%), with CEOs undoubtedly watching government debts accumulate and realising that business taxes will likely need to rise.

Digital investments for the future

Asked about their spending on digital transformation, nearly half of CEOs (49%) project increases of 10% or more. Despite the rising level of concern CEOs are voicing about cyberattacks, this has not translated into definitive actions. Less than half of the CEOs planning for heightened digital investment are also planning to boost their spending on cybersecurity and data privacy by 10% or more.

At the same time, a growing number of CEOs – 36% – plan to use automation and technology to make their workforce more competitive, more than double the share of CEOs who said the same in 2016.

Bob Moritz added: “At the pandemic’s one year mark, we’re at an inflection point as vaccination begins to ramp up around the world. Although the shape of the recovery remains unknown, it is clear that we cannot simply go back to the way things were before. To achieve the kind of change that’s needed, CEOs will need to think differently and constantly evaluate their decisions and actions against broader societal impacts. In doing so, they’ll set a course that builds trust and delivers sustained outcomes for shareholders, society and our planet.”

PwC surveyed 5,050 CEOs in 100 countries and territories in January and February 2021. This is up from 3,501 respondents in last year’s survey. The global and regional figures in this report are based on a sub-sample of 1,779 CEOs, proportionate to country nominal GDP to ensure that CEOs’ views are representative across all major regions. Further details by region, country and industry are available on request.

Of the 1,779 CEOs whose responses were used for the global and regional figures:

We also conducted in-depth, face-to-face interviews with CEOs from six regions. Some of these interviews are quoted in this report, and more extensive transcripts can be found on our website at https://www.strategy-business.com/inside-the-mind-of-the-ceo.

At PwC, our purpose is to build trust in society and solve important problems.  We’re a network of firms in 155 countries with over 284,000 people who are committed to delivering quality in assurance, advisory and tax services. Find out more and tell us what matters to you by visiting us at www.pwc.com.

PwC refers to the PwC network and/or one or more of its member firms, each of which is a separate legal entity. Please see www.pwc.com/structure for further details.

[1] New risk category this year: was last included in the survey in 2015

Each Woman Has Own Set of Challenges, They Overcome Them in Own Unique Way – ADROSONIC