MONTREAL, June 11, 2019 /PRNewswire/ — The Public Sector Pension Investment Board (PSP Investments) announced today that it ended its fiscal year March 31, 2019, with net assets under management (AUM) of $168.0 billion, compared to $153.1 billion the previous fiscal year, an increase of 9.7%. The investment manager also reported a one-year total portfolio net return of 7.1% and a 10-year net annualized return of 10.7% on its investments and generated $90.1 billion of cumulative 10-year net performance income and $48.8 billion of cumulative net investment gains above the return objective. 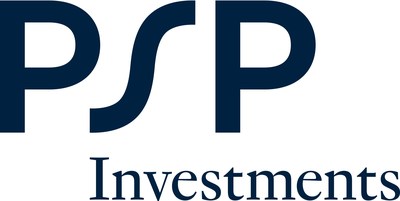 “We have great reason to be proud of our strong performance and evolution on the world stage,” said Neil Cunningham, President and Chief Executive Officer at PSP Investments. “We saw robust levels of investments throughout fiscal year 2019 and, despite market headwinds, these results clearly show the long-term success of our diversified investment approach in delivering value for our stakeholders.”

“Fiscal year 2019 was impacted by higher volatility in public markets amid concerns of a global economic slowdown”, added Mr. Cunningham. “Our performance demonstrates the benefits of our strategy to diversify the portfolio across a number of public and private asset classes, to produce a strong positive overall return. Likewise, our strategic partners and platforms across all asset classes continued to generate attractive risk-adjusted investment opportunities, as we all worked together to spot the edge on investments to generate robust long-term returns.”

PSP Investments’ net assets increased by nearly $15 billion during fiscal year 2019. The increase is attributable to net contributions of $3.7 billion received by PSP Investments and the net return of 7.1% in the current fiscal year.

Public Markets, which is composed of Public Markets and Absolute Return Strategies (PMARS) and Fixed Income, finished the year with $80.8 billion of net assets under management, an increase of $4.1 billion from fiscal year 2019. Overall, the group generated a performance income of $3.6 billion, for a one-year return of 4.6%. With an ending AUM of $51.0 billion, slightly down from $51.8 billion in 2018, PMARS faced a volatile and challenging environment for active investment management this fiscal year. Notable contributors to PMARS’ performance were the Global Investment Partnerships Portfolio that performed well in these difficult conditions, adding more than $110 million in value and the internally managed long-only strategies which outperformed their respective benchmarks. In the last five years, PMARS generated significant returns, with a five-year annualized return of 9.3%. Fixed Income’s assets under management ended the year at $29.8 billion, up from $24.9 billion in 2018, generating a five-year annualized return of 4.8%.

Private Equity had net assets under management of $23.5 billion, $4.1 billion more than in fiscal year 2018, and achieved strong results with a one-year return of 16.1%. Performance income reached $3.2 billion. This is a continuation of the improved performance that began with a new investment strategy implemented during fiscal year 2016. The growth of the portfolio was mainly driven by acquisitions of new direct and co-investments, largely offset with a record year of dispositions, especially in the direct portfolio where we exited investments in Orange Life Insurance and Sky Leasing, as well as Antelliq, which closed after fiscal year-end. New co-investments were made primarily in the industrial, health care, communications and financial sectors with the acquisition of significant interests in Alliant Insurance Services, Azelis and Wittur Group, among others. In 2019, Private Equity signed new fund commitments of $3.5 billion, through 16 new funds.

Private Debt had net assets under management of $10.5 billion, an increase of $1.6 billion from the prior fiscal year, and generated performance income of $837 million, resulting in a 9.2% one-year return. The outperformance was mainly driven by credit selection and fee income. The group deployed net $1.6 billion, reflecting $5.2 billion in acquisitions partially offset by $3.6 billion in dispositions, driven by the higher churn of the maturing portfolio. The group’s portfolio is well diversified across geographies, industries, equity sponsors and asset types, heavily weighted toward floating rate exposure and reflects the contribution of the fully ramped-up Private Debt team in London.

Real Estate had $23.5 billion in net assets under management, up by $0.3 billion from the previous fiscal year, and generated $1.7 billion in performance income, resulting in a 7.6% one-year return. Real Estate’s focus was on optimizing the portfolio. Net deployments were close to break-even as the group disposed of many core assets with completed business plans in the office and multifamily sectors in the US and non-strategic assets in Brazil and in the US. The group also recapitalized the student housing portfolio in London with Greystar. With a low-yield environment making it more challenging to acquire core assets, the strategy behind a number of acquisitions in North America and emerging markets was value-add or opportunistic. The largest single acquisition was the Downsview airport land in Toronto, which is a long-term re-development project that aligns with Real Estate’s build-to-core strategy in primary and growth markets. During fiscal year 2019, Darren Baccus was appointed as Senior Vice President and Global Head of Real Estate and Natural Resources.

Infrastructure had $16.8 billion in net assets under management, a $1.8 billion increase from the prior fiscal year, and generated $1.1 billion of performance income, leading to a 7.1% one-year return, primarily attributable to investments in the transportation and utilities sectors in Europe and North America. The group deployed $1.7 billion in new direct and co-investments in fiscal year 2019, while disposing of non-strategic investments totalling $0.6 billion. Infrastructure deployment was mostly across Europe and the US. Key investments included the acquisition of a majority interest in Forth Ports, the third-largest port operator by volume in the UK, and the acquisition by Roadis, PSP’s road platform, of a controlling interest in two roads located in Portugal. Portfolio geographic diversification evolved with increased exposure to the US market and decreased exposure in Europe, Asia and Oceania.

Natural Resources had net assets under management of $6.8 billion, an increase of $2.0 billion from the previous fiscal year, and generated performance income of $574 million, for a one-year return of 11.1%. Fiscal year 2019 was marked by continued strong deployment in Australia, North America and selected regions in Latin America with significant investments in new agriculture joint ventures. Notable developments also included the strategic alliance of TimberWest and Island Timberlands, leading to the establishment of Mosaic Forest Management, which enables the shared use of facilities, enhanced forest stewardship and alignment of best practices.

“The Total Fund perspective has been a top corporate priority for PSP since the beginning of Vision 2021,” said Eduard van Gelderen, Senior Vice President and Chief Investment Officer at PSP Investments. “Significant progress has been made to lead the organizational shift toward a balanced mix of bottom-up and top-down strategies. We are very pleased to see that the collaboration between the asset classes, the CIO Office and the Risk department has led to new investment insights. This integrated approach remains a top priority in the year to come.”

“Thanks to our expert and diverse team, PSP has developed a worldwide reputation as an investor that spots the edge and has an inclusive and diverse culture,” said Mr. Cunningham. “As we enter our twentieth year of operations, our focus on the long-term horizon and on building a world-class team continues to drive our investment efforts on behalf of contributors and beneficiaries who have dedicated their careers to serving Canada.”

About PSP Investments
The Public Sector Pension Investment Board (PSP Investments) is one of Canada’s largest pension investment managers with $168 billion of net assets under management as of March 31, 2019. It manages a diversified global portfolio composed of investments in public financial markets, private equity, real estate, infrastructure, natural resources and private debt. Established in 1999, PSP Investments manages net contributions to the pension funds of the federal Public Service, the Canadian Forces, the Royal Canadian Mounted Police and the Reserve Force. Headquartered in Ottawa, PSP Investments has its principal business office in Montréal and offices in New York, London and Hong Kong. For more information, visit www.investpsp.com or follow us on Twitter and LinkedIn.