MONTRÉAL, April 21, 2022 /PRNewswire/ — The Public Sector Pension Investment Board (PSP Investments) announced today the launch of its first Climate Strategy, setting out an enhanced ambition to guide emissions reduction across its investment portfolio. The objective of the Climate Strategy is to support the global transition to net-zero emissions by 2050 by proactively managing climate risks, unlocking investment and carbon reduction opportunities associated with climate-aligned assets, strengthening carbon disclosure, and enhancing collaboration with a wide range of stakeholders. 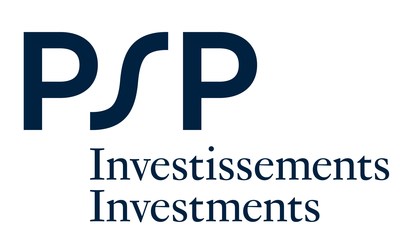 “At PSP Investments, we have considered ESG factors, including climate, in our decision-making for many years.  This puts us in a good position to launch our climate strategy today”, said Neil Cunningham, President and CEO at PSP Investments. “PSP Investments is committed to using its capital and influence to support the transition to global net-zero emissions by 2050. We understand the important role that the financial sector can play in addressing climate change whether it be our investment choices, providing capital to support the transition to global net-zero or encouraging the reduction of GHG emissions among the companies in which we invest.”

The focus areas, as laid out in the PSP Climate Strategy Roadmap, include increasing investments in assets that support climate mitigation and adaptation, and reducing our exposure to carbon-intensive investments that don’t have transition plans. PSP Investments also commits to engage with portfolio companies to encourage carbon footprint reductions, the adoption of science-based transition plans and the uptake of disclosure practices aligned with the Task Force on Climate-Related Financial Disclosures (TCFD).

As part of its new Climate Strategy, PSP Investments has also released its bespoke Green Asset Taxonomy which it uses to quantify GHG emissions exposure across its investment portfolio to set a baseline and to monitor the progress of emissions reduction over time.

PSP Investments will aim to:

“The most recent research on climate change is clear and we must all step up to increase our ambition”, continued Neil Cunningham, President and CEO at PSP Investments. “We embrace the need to take action on climate risk while also positioning our portfolio to deliver the investment results required by our mandate. Research shows that corporations that are actively managed and plan for climate change can secure a higher return on investment as compared with companies that do not. By executing its climate strategy, I believe that PSP Investments can support the transition to global net-zero emissions by investing for a better tomorrow.”

The Public Sector Pension Investment Board (PSP Investments) is one of Canada’s largest pension investment managers with C$204.5 billion of net assets under management as of March 31, 2021. It manages a diversified global portfolio composed of investments in public financial markets, private equity, real estate, infrastructure, natural resources and credit investments. Established in 1999, PSP Investments manages and invests amounts transferred to it by the Government of Canada for the pension plans of the federal Public Service, the Canadian Forces, the Royal Canadian Mounted Police and the Reserve Force. Headquartered in Ottawa, PSP Investments has its principal business office in Montréal and offices in New York, London and Hong Kong. For more information, visit investpsp.com or follow us on Twitter and LinkedIn.