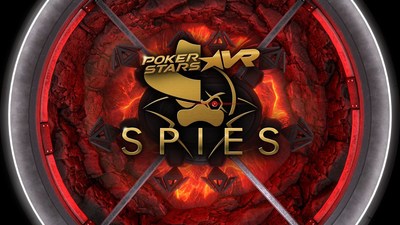 In PokerStars VR’s most intense challenge yet, the series of spy-themed virtual reality content will see players face-off in a super villain’s lair located inside an active volcano at the summit of a snow-capped mountain, with plenty of apparel, props and gadgets to match.

Players can interact with good and evil-themed items including exploding bubble gum, shoulder-mounted weaponry and laser lipstick, all while trying to unravel the secrets of the lair itself.

The Spies mountain-top fortress will also be the setting for the next stop in the inaugural PokerStars Virtual Reality Poker Tour (VRPT) from November 29 to December 1.

Winners will be awarded the world’s first PokerStars VRPT bracelet for their virtual reality avatar and points for the player of the year leader board.

To register, visit Discord in the VRPT channel before spaces run out.

Tune in to Twitch to see a preview of PokerStars VR Spies on November 28 (8pm CET, 7pm UK, 2pm ET, 11am PT). Ben Spragg, Georgina James and Joe Stapleton will join others and battle it out. PokerStars is also still on the lookout for a PokerStars VR ambassador and players could be recruited straight from the Spies landscape.

“There are no limits to what we can do at PokerStars VR. It’s been a very exciting first year. Players have gone head-to-head in a wild-west saloon, a Monte-Carlo yacht, a futuristic Macau and now they can live their poker dream as a spy or super-villain, with jet-pack monkeys thrown in for good measure,” said Severin Rasset, Managing Director and Commercial Officer, Poker.