When it comes to epic F1 experiences, there is nowhere better to start than the Monaco Grand Prix. To celebrate the season getting started, the first set of Red Spade Passes available will award winners a four day all-expenses paid trip for two to Nice and Monaco to watch the world-renowned Monaco Grand Prix from PokerStars private luxurious waterside location, overlooking the famous track. The winners will have all weekend to soak up the unique atmosphere and enjoy the live action at F1’s most glamourous Grand Prix.

The first two Passes will be awarded via free-to-play poker tournaments taking place on Saturday, April 2 at PokerStars with more Red Spade Passes to Monaco popping up across the PokerStars universe in the coming weeks.

Oracle Red Bull Racing Team Principal and CEO, Christian Horner, said: “It’s set to be an epic season and we are excited that through this partnership, the PokerStars community and beyond will be with us every step of the way.”

PokerStars Group Marketing Director Tom Warren said: “The partnership with Oracle Red Bull Racing has entertainment at the heart of it, supporting our vision of giving our community epic moments they’ll never forget. We’ve got even more rewards to come so stay tuned for more exciting news. It’s going to be a memorable season for our community on and off the track!”

The leading global online gambling and entertainment brand, PokerStars, announced the partnership with Oracle Red Bull Racing earlier this year. The multi-year partnership, which features branding on the RB18 and the race suits, is aimed at F1’s growing audience as increasing technological advancements help to service and provide fans with new and unique ways to enjoy the sport.

The new relationship enables both Oracle Red Bull Racing and PokerStars to reach audiences who share similar passions and interests, while rewarding and engaging existing fans and players in new and unique ways with Formula One-fuelled entertainment, as well as epic experiences, promotions, competitions and content. The partnership will come to life across PokerStars’ full offering of PokerStars Casino, PokerStars and PokerStars Sports products.

To get involved and find out how to win, go to the PokerStars Blog.

*Where available depending on region 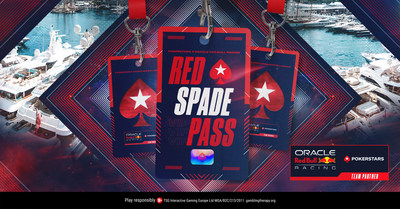 Between 3.5 and 17 GWh of lithium-ion batteries will reach end-of-usable-life in the transportation sector in India by 2030, necessitating the importance of adequate reuse and recycling policies: Report by RMI and RMI India