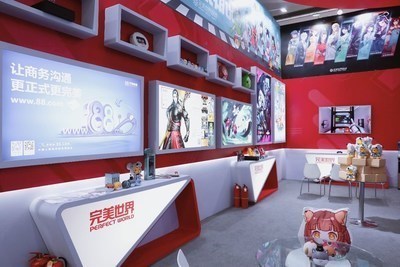 Movies & TV: The Legendary Tavern, Love Under the Moon, Homeland, Year After Year, The Fiery Years of Gaodaxia, Burning, Chinese Peacekeeping Force and The Glorious Era, among other works included on the list of the 100 Days of Excellent TV Dramas in celebration of the 70th Anniversary of the founding of the People’s Republic of China; Perfect Youth and Stream, winners of the Five One Project Awards sponsored by the publicity department of the Chinese Communist Party with the aim of promoting cultural and ethical progress; Perfect Village and The Smell of Warmth, two major TV series recommended by the National Radio and Television Administration for telling the story of the country’s efforts in eradicating poverty; and The Glory and The Dream, an epic TV series selected by National Radio and Television Administration as it celebrates the 100th anniversary of the founding of the Chinese Communist Party;

Animation: Guardians of the Space;

The company also highlighted its success in global expansion through the exhibition of several leading products, including Oscar-winning films Darkest Hour, Phantom Thread and First Man; Shadow, a visually-stunning film that embodies multiple unique elements from Chinese culture; and Unruly Heroes, winner of the Annie Award for Best Animated Characters in the Game category; as well as e-sports games such as DOTA2.

The company also developed an original animation IP Dinosaur Hotel with Anhui Geological Museum as a vehicle to promote communications and exchanges around museology.

Perfect World Investment & Holding Group has prepared the trial versions of Subnautica and Unruly Heroes at the CIFTIS, where visitors are able to play the VR mode Subnautica.